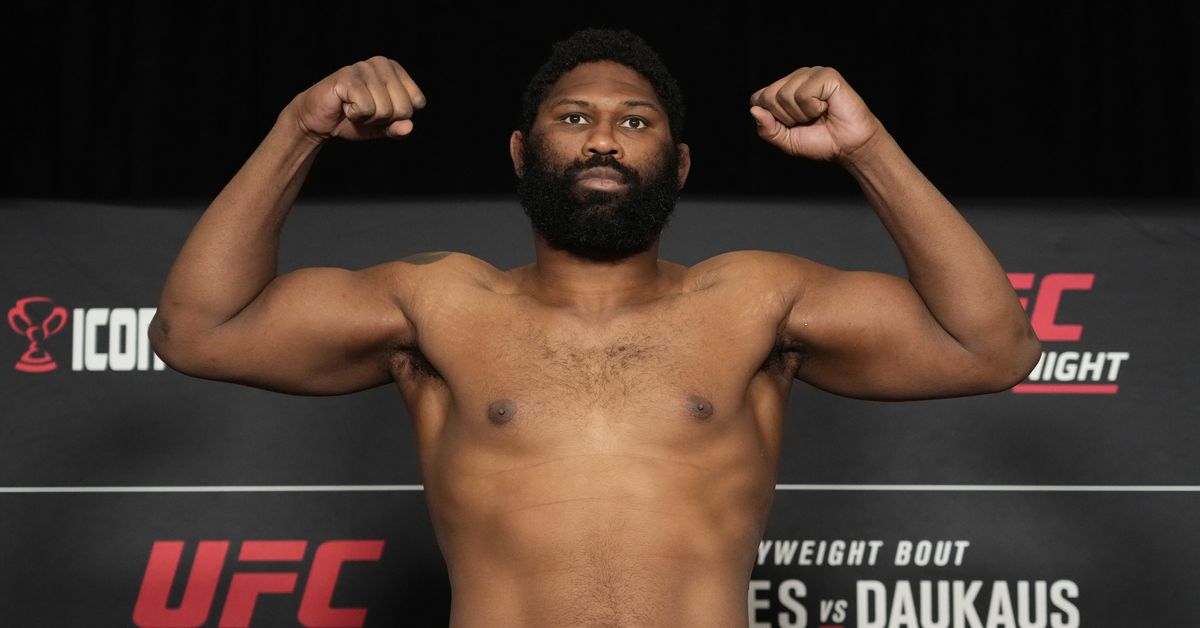 Curtis Blaydes is the biggest of the big boys heading into UFC Columbus.

On Friday, “Razor” came in at 259 pounds at the official weigh-ins for the main event of Saturday’s card that takes place at Nationwide Arena in Columbus Ohio. He was 16 pounds heavier than opponent Chris Daukaus, who tipped the scales at 243 pounds.

Blaydes — No. 5 at heavyweight in MMA Fighting’s Global Rankings — goes for his sixth win in his past seven outings, while No. 13 Daukaus looks to rebound from his first UFC loss.

Two other heavyweights scheduled to compete Saturday also successfully made weight, Ilir Latifi (239. 5) and Aleksei Oleinik (246). If Oleinik is victorious against Latifi, it will mark the 60th pro victory of the veteran’s MMA career, which dates back to 1996.