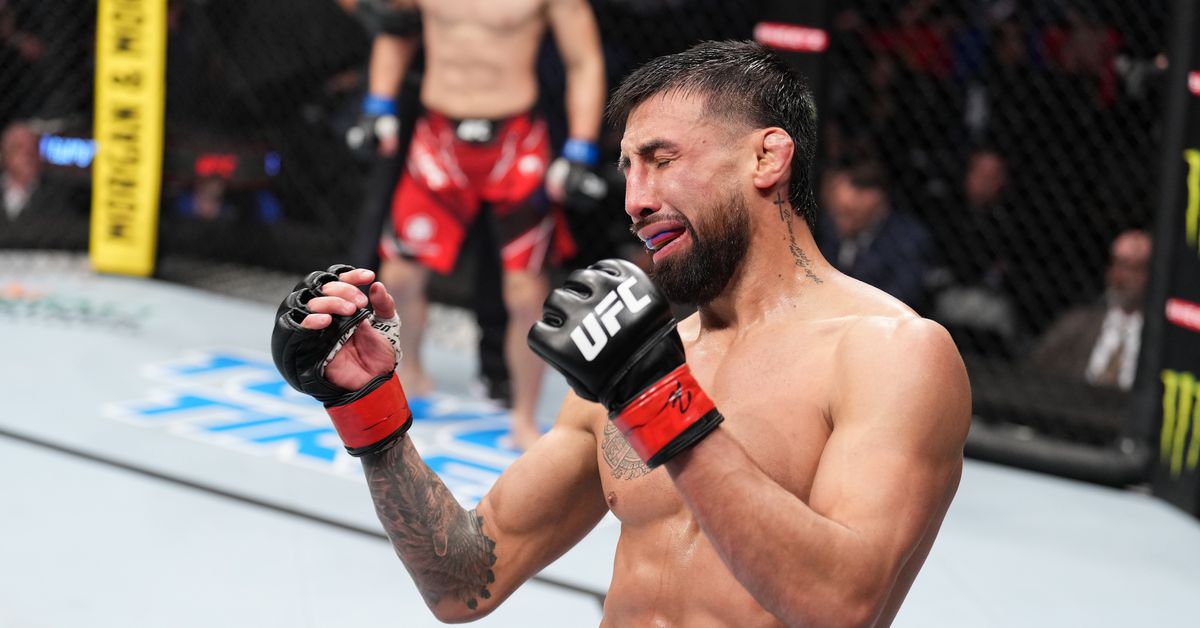 Chris Gutierrez was not having another close call.

The bantamweight scored a win over Danaa Batgerel with a beautiful spinning backfist on the UFC Columbus preliminary card on Saturday at Nationwide Arena in Columbus, Ohio.

Watch the surefire Knockout of the Year candidate above.

It was an important finish for Gutierrez, who had just received a split win over Felipe Colares and was also coming off a difficult end to his first round matchup against Danaa. Danaa finished Round 1 by taking down Gutierrez after he missed a spin strike. She also battered him on the floor with heavy punches.

Gutierrez stuck with his standup strategy in Round 2 and when he caught Danaa chasing him, he landed the spinning backfist that instantly robbed Danaa of his senses. Follow-up strikes on the ground sealed the deal for Gutierrez at the 2:34 mark of the round.

This is the third straight win for Gutierrez (18-4-2), who remained undefeated since losing his UFC debut in November 2018. He is 6-0-1 in his past seven fights. Gutierrez stepped into this contest as a replacement for Montel Jackson, who withdrew for undisclosed reasons.