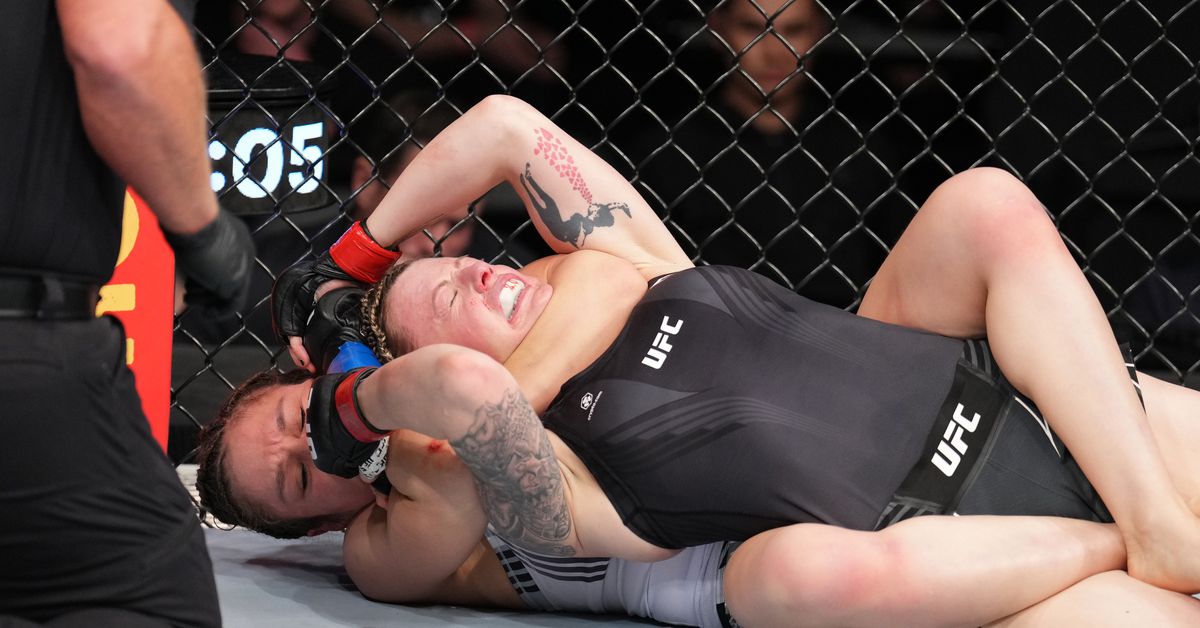 Alexa Grasso picked up a personal milestone at UFC Columbus.

The flyweight contender scored the first submission victory of her career on Saturday with a rear-naked choke that forced Joanne Wood to tap in the first-round of their contest. This marks Grasso’s third consecutive win in the flyweight division.

Grasso entered this contest No. 14 at 125 pounds in MMA Fighting’s Global Rankings, while Wood was No. 10.

Grasso was a striking fighter. She scored an impressive takedown from a Wood kick early on and tried to move to the inside. But Wood, who is active in defense, ended up with a deadlock. Wood tried to bring the fight to its feet and then used her muay Thai techniques to score points from a distance.

As Wood advanced, she threw a spinning elbow that glanced Grasso’s head. Unfortunately for Wood, it may have also led to her downfall. Shortly after, the fighters became tangled up and they tumbled towards the fence with Grasso getting the better of the scramble. Soon she was on Wood’s back searching for a choke, which she secured to force the tap at the 3:57 mark of Round 1.

It was the first submission for Grasso (14-3) in 17 pro bouts and her first finish since a TKO of Alida Gray in December 2014. On the other side, Wood (15-8) loses for a third straight time and has now lost four of her past five fights.