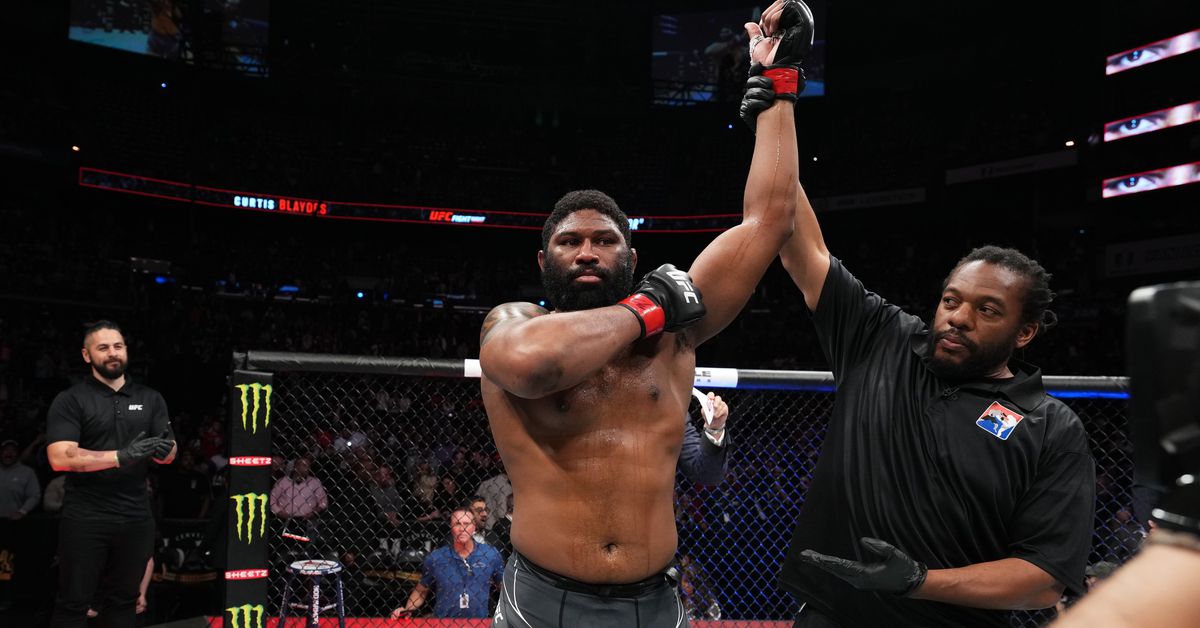 Curtis Blaydes showed Columbus, Ohio, he doesn’t just need his wrestling to win a big fight with a second-round stoppage of Chris Daukaus at UFC Columbus.

Blaydes caught Daukaus flush with a right hand and pounced on his downed opponent for the finish 17 seconds into the second round of the ESPN+ headliner on Saturday at Nationwide Arena. Blaydes is a well-known wrestler who doesn’t take one shot in the fight.

In the co-headliner, Alexa Grasso made her case for a flyweight title shot with a first-round submission of Joanne Wood.

Here’s what the fighters have to say about UFC Columbus.

Hit the boy with a BANG! #UFCColumbus

Damn that was a hard hit let’s go!! #UFCColombus

Damn I may have spoke too soon. It was just a scrap. There were two fight of the evening bonuses. @danawhite

Come on! 50K to this guys! #UFCColumbus

What a wild and crazy fight! GIVE THOSE MEN A BONUS!!! Matt Brown is a legend of the sport but congrats to my welterweight doppelganger @bryan_barberena #UFCColombus

Flyweights steal the show yet again! WOW! To think they wanted to cancel this division #UFCColumbus

I will be happy with a draw #UFCColumbus

@kaikarafrance or Moreno? Figgy’s got some options

Close fight, but it was a great one #UFCColumbus

Congratulations @Marc_Diakiese on your performance
Good to see you in the Win column brother !!!

His ground game is underrated, we used to train a lot together a few years ago. Congrats on the W bro