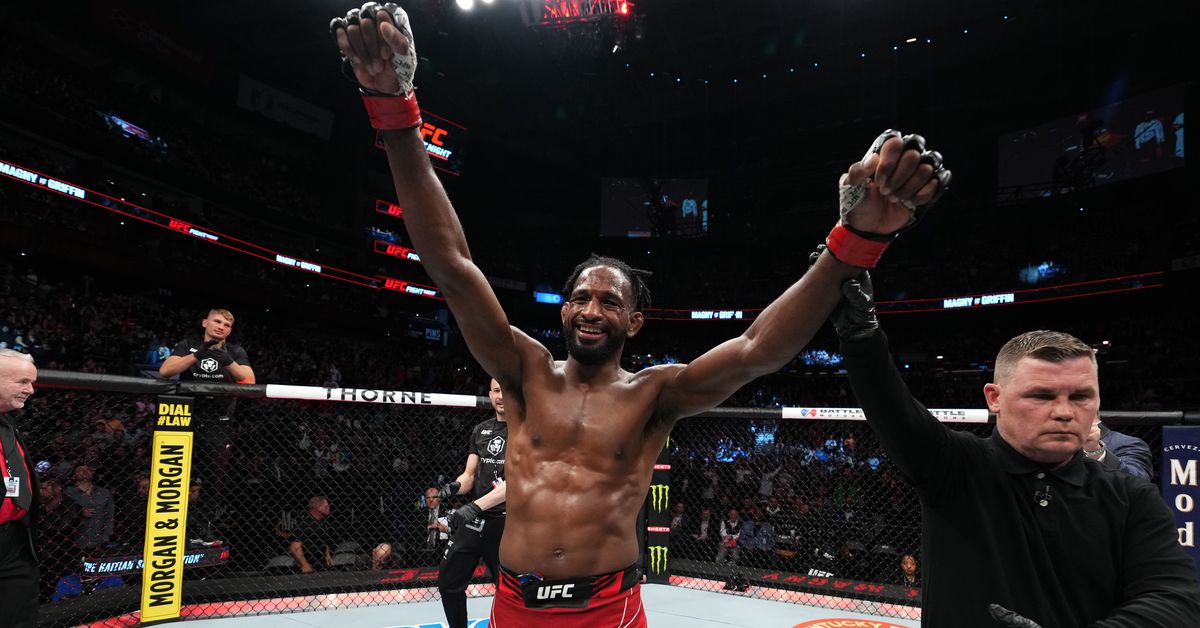 With a split decision nod over Max Griffin at UFC Columbus on Saturday, Magny tied “GSP” for the most welterweight wins in promotional history at 19. This was no easy feat.

Finishing strong has been a trademark of Magny’s career and he had to put that gift on display against Griffin after he was dropped in the opening round. Griffin’s right hand and unconventional movement proved to be an effective combination throughout the fight, especially in Round 1 when he landed a clean shot that put Magny down. Magny managed to rebound and finished strong.

That effort carried into Round 2 where Magny absorbed more right hands, but also fired back with straight punches down the middle. Magny was able draw Griffin in a few exchanges, and looked again to be the aggressor after a close round.

Magny won the third round. He went back to wrestling and grabbed Griffin’s head. Though he wasn’t able to do much damage, he applied relentless pressure to Griffin and almost dropped Griffin on his head with a slam just before the final buzzer.

Outside of Griffin’s early knockdown, it didn’t look as if either fighter had pulled away in a competitive fight and the scores reflected that with a pair of 29-28s going in Magny’s favor and one going to Griffin.

Afterwards, Magny used his post-fight interview to announce he is still chasing a fight with Khamzat Chimaev. It’s likely he will have to wait as Chimaev has Gilbert Burns scheduled for UFC April .

Whether he gets the Chimaev fight or not, Magny (26-8) can now lay claim to sharing the record for the most UFC wins at 170 pounds with the legendary St-Pierre, widely regarded as the greatest welterweight fighter in MMA history. It took Magny more appearances to get there, but his UFC record now stands at a sturdy 19-7. He has won five of his past six fights.