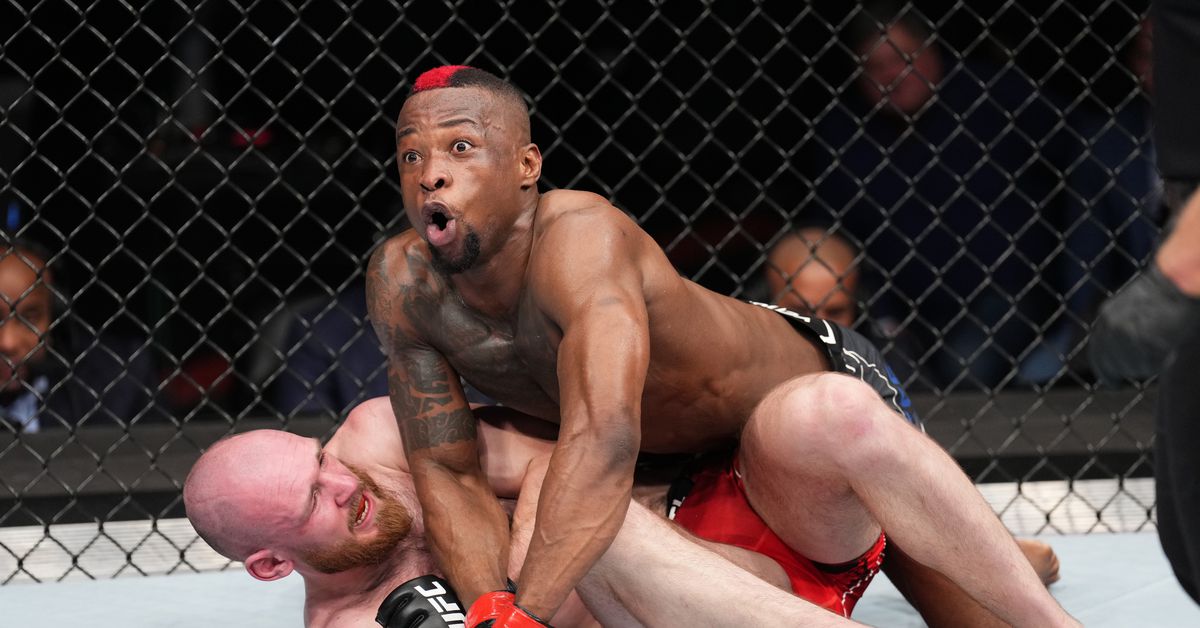 Marc Diakiese’s wrestling was on full display in his latest win.

Saturday’s UFC Columbus main card kicked off with a battle of lightweights that was won by Diakiese (15-5), who took a clear-cut unanimous over Viacheslav Borshchev (6-2) after three rounds of grueling ground work. The fight was scored by all three judges for Diakiese.

Diakiese urged Drew Dober to fight in his post-fight speech.

From Round 1, it was clear what Diakiese’s plan was as he looked to grapple with Borshchev, a less experienced MMA fighter with a background in boxing and kickboxing. Borshchev did well fighting off takedown attempts early, even scoring clean punches off of a break, but Diakiese stuck with his wrestling and was eventually able to put Borshchev on his back. Even with little damage done in the first round, it was a frame easily scored in Diakiese’s favor.

The other two rounds were even more lopsided as Diakiese scored takedowns to open both Round 2 and Round 3 and Borshchev had no answer for him on the ground. Borshchev was unable to resist the attacks of Diakiese, so he focused his efforts on Borshchev. One of the highlight fights was a Diakiese slam at the end of round 4.

After consecutive defeats to Rafael Alves,

Diakiese is back in the win column. He bumps his UFC record up to 6-5.

Borshchev is now in his first defeat in the UFC after a strong debut against Dakota Bush.