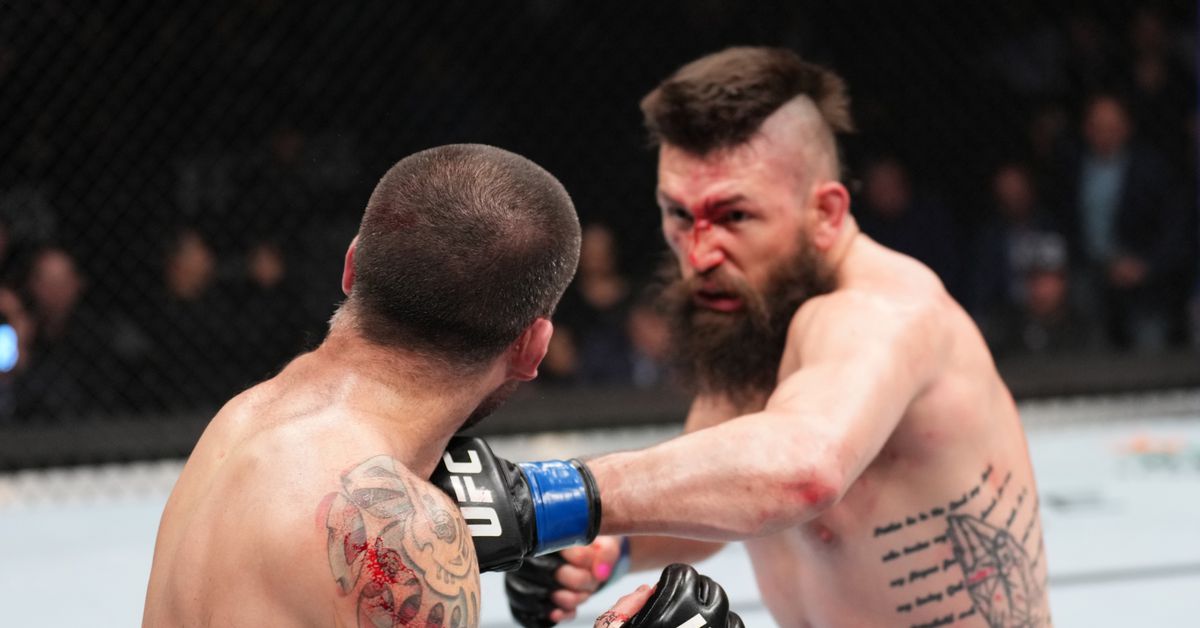 Bryan Barberena and Matt Brown lived up to the hype.

In a wildly entertaining battle at UFC Columbus between two of the welterweight division’s hardest-hitting strikers, it was Barberena who came out on top by the thinnest of margins, winning a split decision (29-28, 28-29, 29-28).

The outcome of the match was still in question until the last bell. They split round one and two (see the official scorecard) to prepare for the dramatic third. Barberena took the initiative. A powerful closing flurry by Barberena (17-8) sealed the deal for “Bam Bam,” who improved to 8-6 inside the octagon with his second straight win and third in his past four outings.

As expected, the action was non-stop for 15 minutes. Brown immediately came out pressuring in Round 1 only to be met with hard counter punches from Barberena. Brown used his signature elbows to try and get takedowns. Barberena was put on his back on more than one occasion, but was consistently able to get back to his feet while minimizing the damage he received on the ground.

The use of standing elbows was a powerful weapon in the fight. There were many close exchanges, which were nearly too close for me to decide. However, Barberena waded through some of Brown’s best punches in Round 2 to land his own power strikes and other than Brown going for an unorthodox armbar attempt on the ground, it was Barberena who had the edge in damage.

By the time Round 3 started, the Columbus crowd was in a frenzy cheering on Ohio’s Brown. The welterweights stood in the proverbial phone booth and bludgeoned each other with punches and elbows, with Brown mixing in takedowns that led to little offense. It was Barberena who marched forward in the second half of Round 3, landing a hard uppercut before eating a stiff right from Brown. In the last 30 second, Barberena showed that he still had some fuel left to win.

This was Brown’s 29th UFC bout, which extended his record for most appearances of a welterweight fighter in UFC history. His UFC record falls to 16-13.