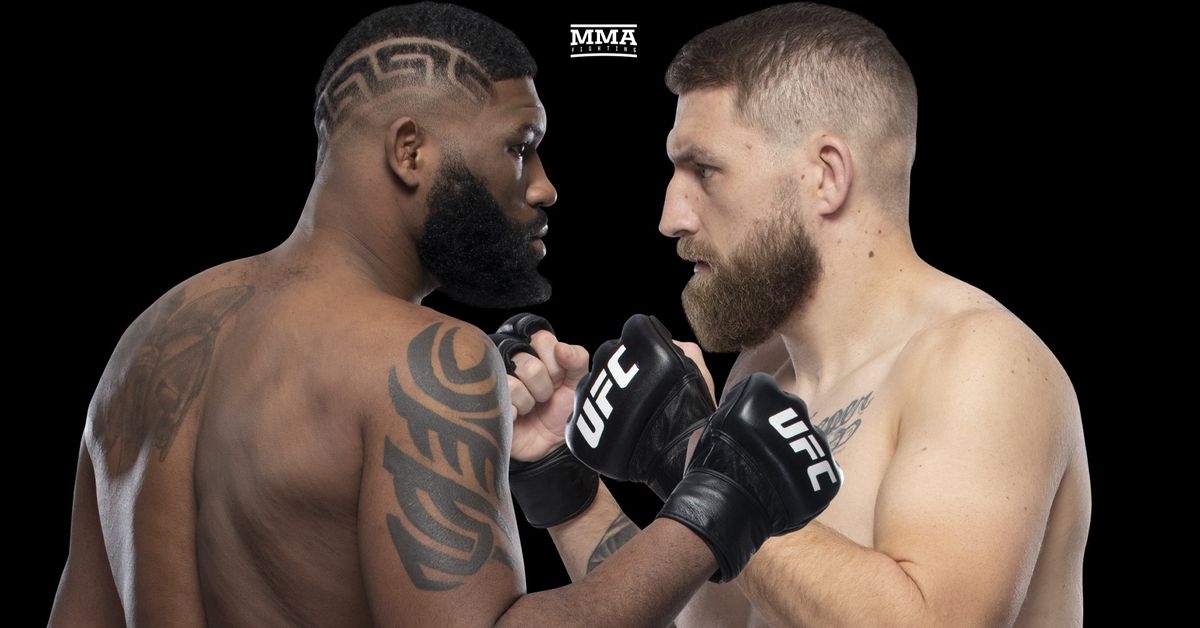 Curtis Blaydes is fighting to keep his title hopes alive.

The No. 5 heavyweight in MMA Fighting’s Global Rankings risks losing his spot in the contenders’ line as he takes on No. 13 Chris Daukaus in the UFC Columbus main event. Daukus himself is fresh off of the first loss of his UFC career, so it feels like both men have little to gain and a lot to lose on Saturday.

Who needs more win? E. Casey Leydon, Jed Meshew and Alexander K. Lee of MMA Fighting debate this topic. We also weigh in on the merits of a Fight Night event that seems to have a lot of under-the radar fighters. Flyweights in both the men’s and women’s divisions are poised to make moves, so who will shine brightest among Joanne Wood, Alexa Grasso, Askar Askarov, Kai Kara-France, Jennifer Maia, Manon Fiorot, Matheus Nicolau, and David Dvorak?

Watch the video above, or an audio-only version of the show can be streamed below and on Apple Podcasts, Google Podcasts, Spotify, Stitcher, and YouTube.