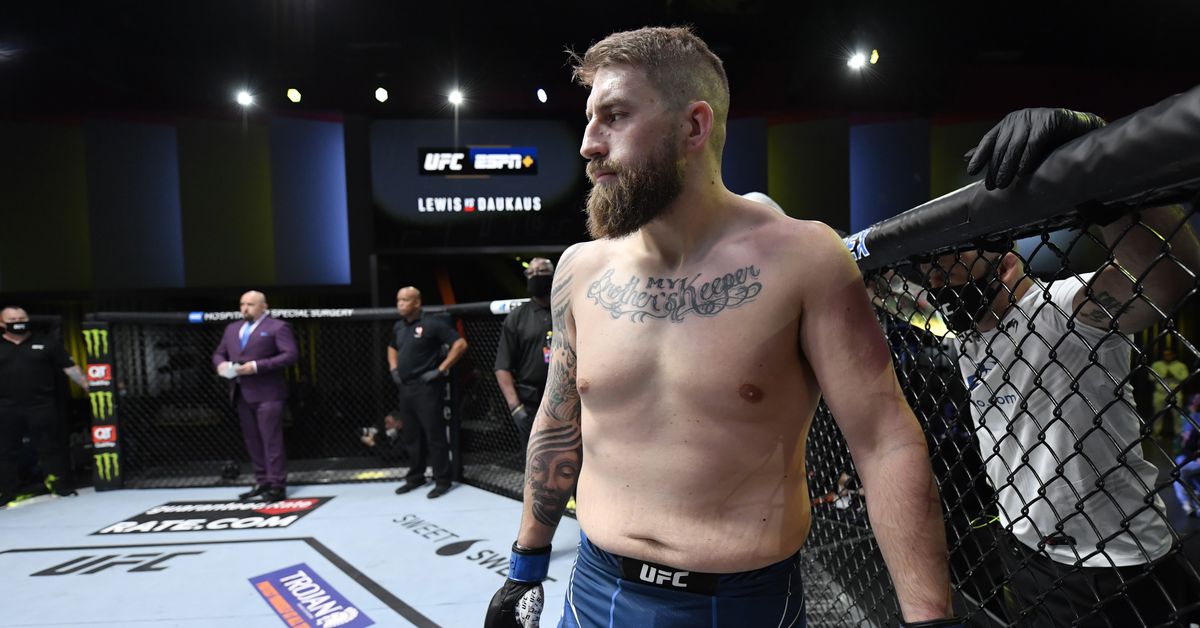 Saturday’s heavyweight headliner isn’t so much about moving up the rankings as it is avoiding a pitfall.

Curtis Blaydes will fight Chris Daukaus tonight at UFC Columbus’ main event. This is the UFC’s first trip to Ohio for over five years. Although it’s not the best storyline matchup, both fighters have plenty to motivate them.

Blaydes cannot afford for Daukaus to pass him in the competitors’ line. He’s worked hard over the last few years to establish himself as an actual threat to the UFC title. He can’t afford to lose to Francis Ngannou twice, which has seemingly put an end to his progression. Blaydes could lose his championship chances even if he wins by a disappointing decision over Daukaus.

Daukaus just suffered his first defeat in the UFC, a loss to Derrick Lewis. At the time, it was believed that Daukaus was simply playing with his house money and would be able to get into the main event against a well-known name. This would make him look fantastic on his resume. He didn’t and now he risks losing to another perennial contender and being relegated to second-tier status in the eyes of the fans especially with peers like Tai Tuivasa, Tom Aspinall, and Sergei Pavlovich excelling.

In the main card, Joanne Wood, a flyweight veteran, looks to end Alexa Grasso’s streak. Ohio’s Matt Brown takes on Bryan Barberena at welterweight, and flyweights Kai Kara-France and Askar Askarov could battle it out for No. 1 contender’s spot, heavyweight lifer Aleksei Oleinik continues his hunt for his 60th win when he faces Ilir Latifi, and lightweights Marc Diakiese and Viacheslav Borshchev meet in an opener expected to produce fireworks.

Where: Nationwide Arena in Columbus, Ohio

Sometimes, the simplest answer may be the right one.

Curtis Blaydes will be here to wrestle. He is here to knock Chris Daukaus out. He’s here to batter him with ground-and-pound. He is here to win fights. He does it because it’s his job.

Blaydes must avoid certain traps. Blaydes is not a novice to jiu jitsu, but Daukaus does have a great style. He may try to temper his aggressiveness in the initial rounds, so he doesn’t make a mistake. Once Daukaus gets frustrated or worn down, he will ramp up the offense. Blaydes should also mind his Ps and Qs on the feet as Daukaus has knockout power and it’s not as if we haven’t seen Blaydes get caught in the standup before.

But this fight should be right up Blaydes’ alley. Daukaus is a good, not great athlete, and he’ll defend against Blaydes’ takedowns for as long as he can. After a few rounds, however, the dam will burst and Daukaus will take over.

Blaydes finishes with ground-and-pound in Round 3.

Alexa Grasso’s hand speed is a problem for any flyweight to deal with, especially someone like Joanne Wood who looks to have lost a step in recent years. Wood’s muay Thai is still an effective weapon, but we’ve reached the point where it’s unclear if she can effectively pull the trigger. The athleticism gap between her and the rest of the division is widening and Grasso is exactly the kind of opponent that can take advantage of that.

Boxing has always been one of Grasso’s strengths, plus she’s physically matured into her 125-pound frame and brings a ton of confidence into all of her outings now. She’s no longer just the talented neophyte, she’s a legitimate contender.

It will be a surprise if this plays out as anything but a standup scrap and if that’s the case, then Grasso should win on the scorecards after a competitive three rounds.

Get your Fight of the Night Bonus Checks ready.

That had to be what the matchmakers were thinking when they paired up Matt Brown — second-all time in UFC knockout wins — and Bryan Barberena, an absolute wild man with three Fight of the Night awards on his mantle. There’s no guarantee that either of these guys is going to sleep, but it’s the safest bet of the card that they’re both going to do their damndest to send the other guy out on a stretcher.

Give it to me, the older Brown. This is a crowd from Ohio that has been riled by the idea of seeing “The Immortal,” and will be sure to appreciate this rare opportunity. He’ll invite Barberena to brawl, an offer that will take Barberena about half a second to accept, and from there it’s just a matter of who can consistently hit harder.

There are very few welterweights who have been able to surpass Brown, and Barberena is not yet in this category. Brown should find another gear for Barberena after a fiery first round.

Askar Askarov has all the tools to be champion at 125 pounds. However, his title hopes are hampered by Kai Kara-France.

Askarov’s four UFC appearances have shown that he is a skilled fighter. He’s a patient and accurate striker, a powerful wrestler, and a threat to score submissions from a number of angles. Kara-France’s plan has to be to avoid prolonged grappling exchanges with Askarov because anytime this goes to the ground, Kara-France will be in grave danger.

Sprawl, spread, sprawl and then sprawl again. And if Kara-France goes down, bend, but don’t break. It’s doable. There’s going to be some scary moments for him, but it’s doable.

Although Askarov may be well-rounded, Kara-France has the potential to win a striking duel. I think he will keep it going where it needs to. He’s peaking right now, while Askarov could be a little rusty after a year away from the cage. That might be the edge Askarov needs to pull off the upset and claim his stake for a title shot.

Aleksei Oleinik needs one more win to hit 60. This was true one fight ago. This has been true for his past three fights and he hasn’t won since May 2020.

Although his fights are often slow, Ilir Latifi isn’t looking bad since he moved up to heavyweight. He’s what he is: a light heavyweight who is tired of dehydrating himself and has decided to see if his skills can make up for any size or strength disadvantage he might have at heavyweight. The results have not been great.

I can’t imagine Latifi running from Oleinik for more than three rounds. He’s also a skilled grappler but will have trouble dealing with Oleinik, who is larger. I also expect that he could run into the same trick Oleinik has pulled on so many others, believing that he can attack Oleinik from top position when that only leads to calamity.

The calamity also has a name: Ezekiel. Add another one to the collection and one more win for the big six-zero.

Although Marc Diakiese is sometimes inconsistent and frustrating, he presents an interesting challenge to Viacheslav Borshchev. Even if you consider that Borshchev has competed in a number of combat sports prior to focusing his attention on MMA, this is a significant step up for him.

Though his recent results leave something to be desired, Diakiese has shown marked improvements in his game over the years, even if it hasn’t been enough to make a strong run up the rankings. Diakiese has shown a lot of patience, improved his ability to mix in wrestling and still displays the same knockout power that made him an attractive lightweight prospect.

It’s Borshchev who has to live up to the prospect label now and he’s off to a great start with four straight knockout wins heading into this one. Borshchev is remarkably accurate in his strikes. He’s not a turtle on the back, and he can get out of any trouble. You can make a lot of money by joining Team Alpha Male.

Borshchev will be tested, but he’s going to show the poise that’s made him such an intriguing name in the lower half of the 155-pound roster. With a win over Bonecrusher .”

, he’ll put up a good fight that will keep his fans excited.