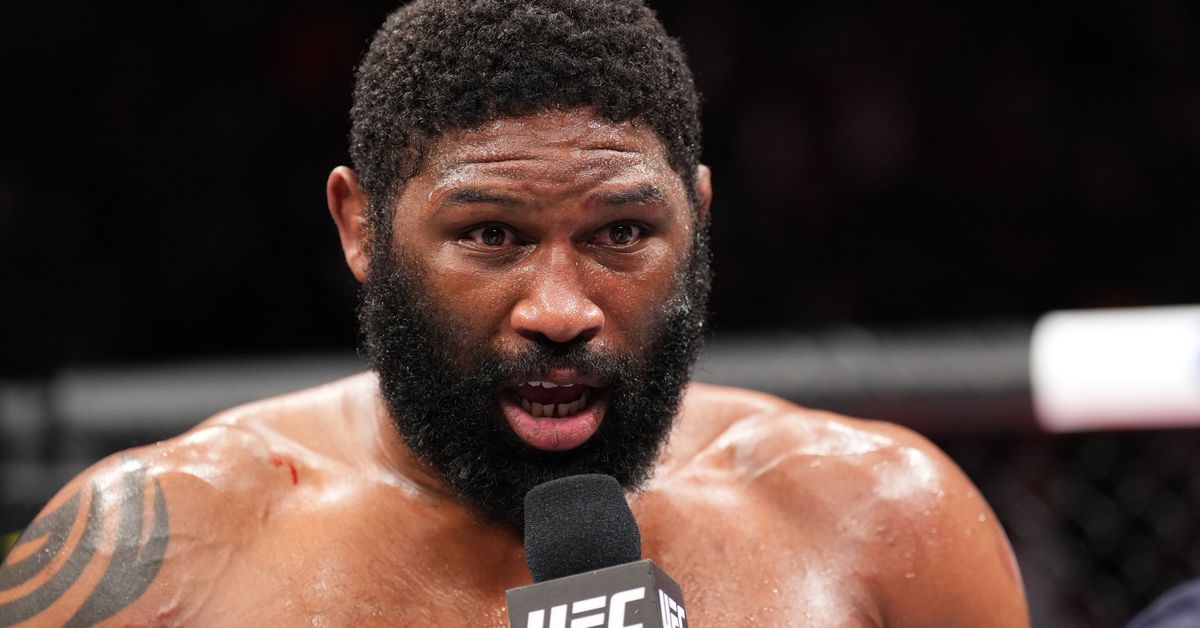 Curtis Blaydes didn’t seem to take much damage during his second-round knockout over Chris Daukaus at UFC Columbus, but the heavyweight contender will still need clearance before competing again.

Wednesday, MMA Fighting was issued medical suspensions by the Ohio Athletic Commission. Blaydes is looking at an indefinite suspension while he seeks clearance from an orthopedist regarding a potential injury to his right leg.

Blaydes was dominant in his performance as he abandoned his wrestling and decided instead to stand and strike with Daukaus, which led to a stunning knockout in the main event. During his arrival at the post-fight press conference, Blaydes was limping slightly so he may have suffered some sort of foot injury that will require a doctor’s clearance before he competes again.

As for Daukaus, he received a 30-day suspension from the commission following a knockout loss — his second in a row after falling to Derrick Lewis this past December.

After a hard-fought fight with Bryan Barberena, Matt Brown (Welterweight) will be required to rest for 60 days. After a difficult fight and a cut to his forehead, Brown was asked by the commission to rest.

Marc Diakiese will also be facing an indefinite suspension, until an orthopedist clears him. This is due to possible injuries to his right hand as well as right foot.

Here are the full medical suspensions from the Ohio Athletic Commission for UFC Columbus (only the fighters facing a suspension are listed, all other athletes have been cleared)

Curtis Blades – Indefinite suspension until an orthopedist has cleared the injury

Matt Brown: 60-day suspension for rest after a hard fight and laceration

Marc Diakiese: An indefinite suspension, until an orthopedist clears the injury.