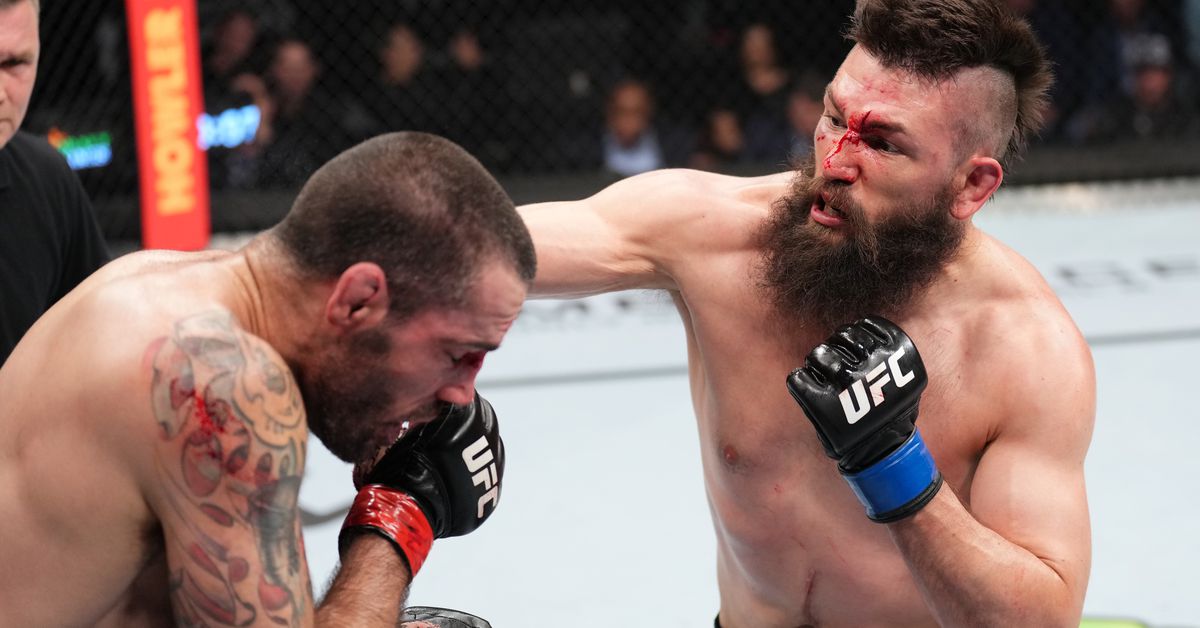 The welterweight battle between Bryan Barberena & Matt Brown made for an excellent choice in “Fight of the Night at UFC Columbus.”

Barberena and Brown brought the house down at Nationwide Arena with three rounds of gritty action. The crowd was less excited about a split call in favor of Barberena, who had the unenviable task of taking on Columbus native Brown. Each fighter received an $50,000 extra for their efforts. Brown also got a trip to the hospital for precautionary reasons.

The UFC has announced the post-fight winners of its bonus-winners following Saturday’s broadcast on ESPN+.

Two finishers on the card also took home $50,000 each for “Performance of the Night.” Heavyweight headliner Curtis Blaydes finished Chris Daukaus with a perfectly placed punch in the second round to up his current winning streak to two fights. And prelim bantamweight Chris Guitierrez stopped Batgerel Danaa with a spinning backfist and punches for his third straight win. Gutierrez is now 6-1-1 in the promotion.