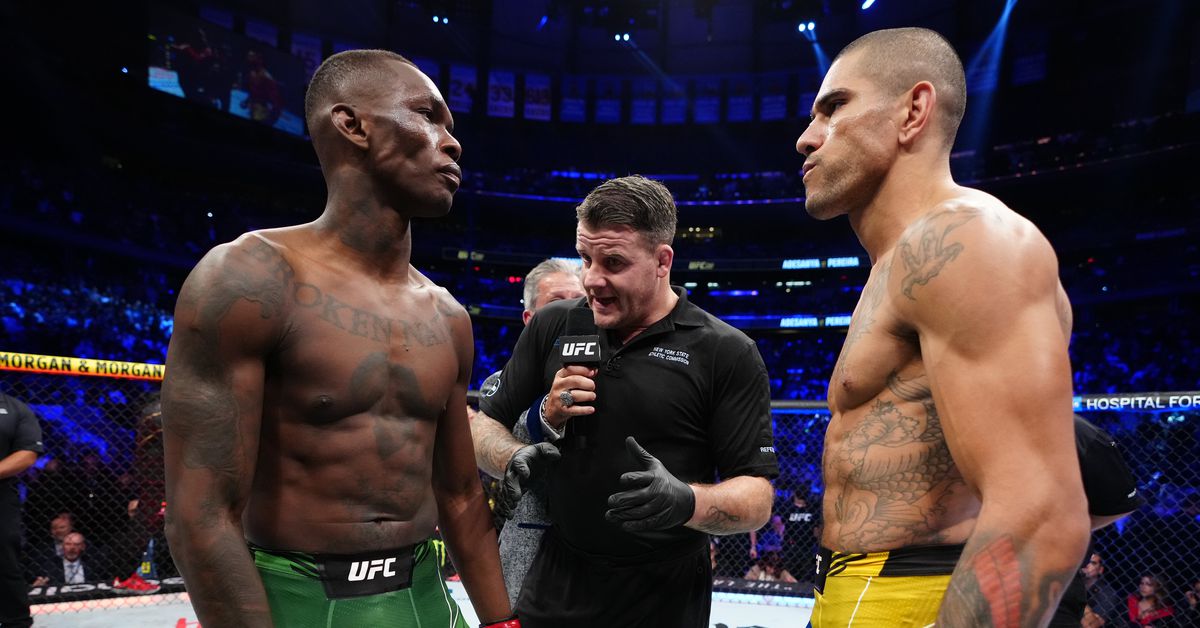 Months removed from his thrilling fifth-round knockout victory over Israel Adesanya to capture the 185-pound championship in New York, “Poatan” said in an interview with MMA Fighting that re-entering the octagon in May would be “perfect”, but the opponent is still yet to be determined.

A fourth match with Adesanya, two in kickboxing as well as one in the UFC, is No. 1 option, Pereira said, but former champion Robert Whittaker could enter the conversation.

“I see these two guys [next],” Pereira said. “Adesanya was a dominant champion so he has the preference to be competing for the belt again, but if he doesn’t want that, it will be Whittaker. Whittaker is the only one I think will be in. He already said his game doesn’t match well with Adesanya but would be a good fight with me, so I’ll be ready for both.”

Adesanya has never lost a middleweight fight in MMA before his meeting with Pereira at Madison Square Garden. However, Pereira will not push for another bout.

“I won’t do anything to hurt Adesanya’s plans and avoid this fight,” he said. We’ll fight if he desires. Whittaker will fight him if he does not want to. And if Whittaker doesn’t want it, there are several others that do.”

Adesanya is 0-3 against the Brazilian in two combat sports and Pereira felt that beating his longtime rival in kickboxing was harder to his body that coming back in the final round to win in the UFC. However, “Poatan” must have a good mind to go for his fourth fight with someone he has already beaten three times.

” I try to forget about what happened,” Pereira stated. “If we think about having three wins over someone and think it’s going to be easy — I said it before the [third fight] that it makes no difference, I can’t cross my arms and expect him to go out in front of me. He’ll always try to evolve and come a better fighter, and I have to be better than last time to be fighting this guy because it will be a tough fight.”