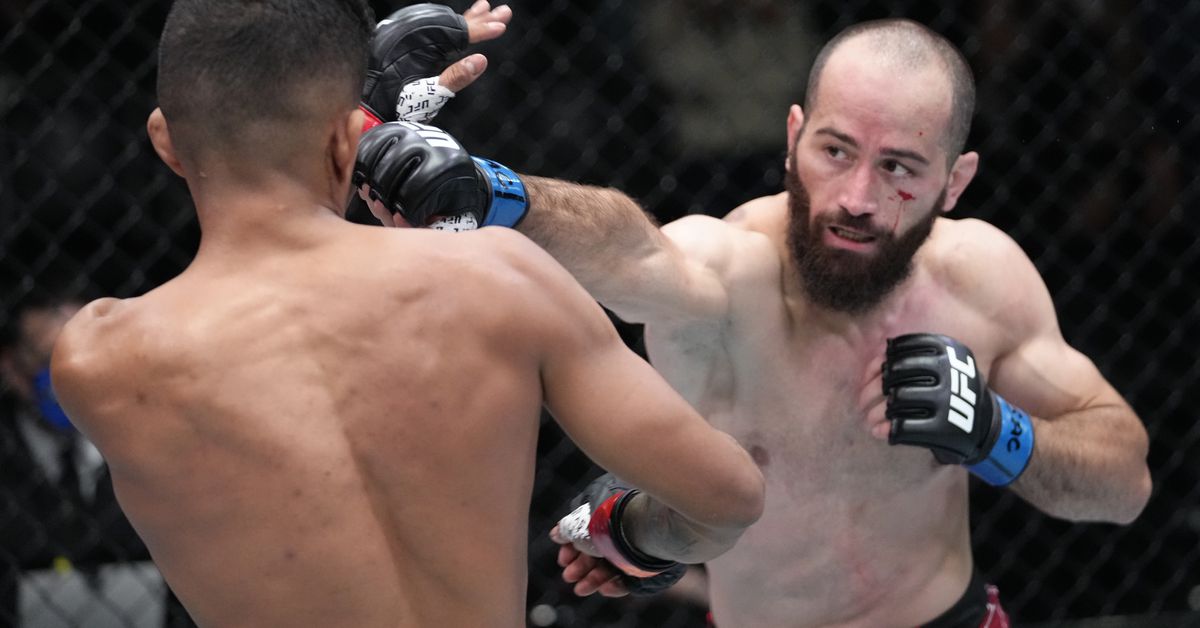 It will be a while before Zviad Lazishvili gets another shot at his first UFC win.

USADA Announced Wednesday That Lazishvili accepted a 10-month Suspension from Competition after testing positive to clomiphene. This banned substance is prohibited all year under the UFC Anti-Doping Policy.

Lazishvili’s positive results came from an in-competition sample taken at UFC Vegas 41 on Oct. 23, 2021, as well as an out-of-competition test taken on Nov. 5, 2021. The date of his last fight is retroactive, so his period of ineligibility will apply to Aug. 2022..

In his UFC debut, Lazishvili (13-1) lost a unanimous decision to Jonathan Martinez.

According to the USADA announcement, Lazishvili was able to prove that “his use of clomiphene occurred prior to entering the program,” however it was not properly declared.

The official statement reads as follows:

Athletes are required to report prohibited substances used during the previous 12 month, before being included in USADA’s testing program. An athlete who makes such a declaration will not be deemed to have committed a violation but, depending on the substance, will be required to refrain from competition for a period of at least six months and provide at least two negative samples to ensure that they do not compete in a UFC bout with a performance advantage.

Lazishvili presented sufficient evidence to show that he used clomiphene prior to entering the program. However, he failed his onboarding declaration form to declare the substance and he is now subject of an enforcement order for the presence of the substance. Lazishvili was granted a reduced period of ineligibility to his Full and Comprehensive Cooperation.

The Nevada Athletic Commission is also expected to issue a ruling on Lazishvili’s drug test violation, though it is likely that any penalty will be concurrent with that of the USADA.

Clomiphene is listed as a hormone and metabolic modulator according to the UFC Prohibited List. This banned substance is also what stars Brock Lesnar, Jon Jones and others tested positive for back in July 2016..