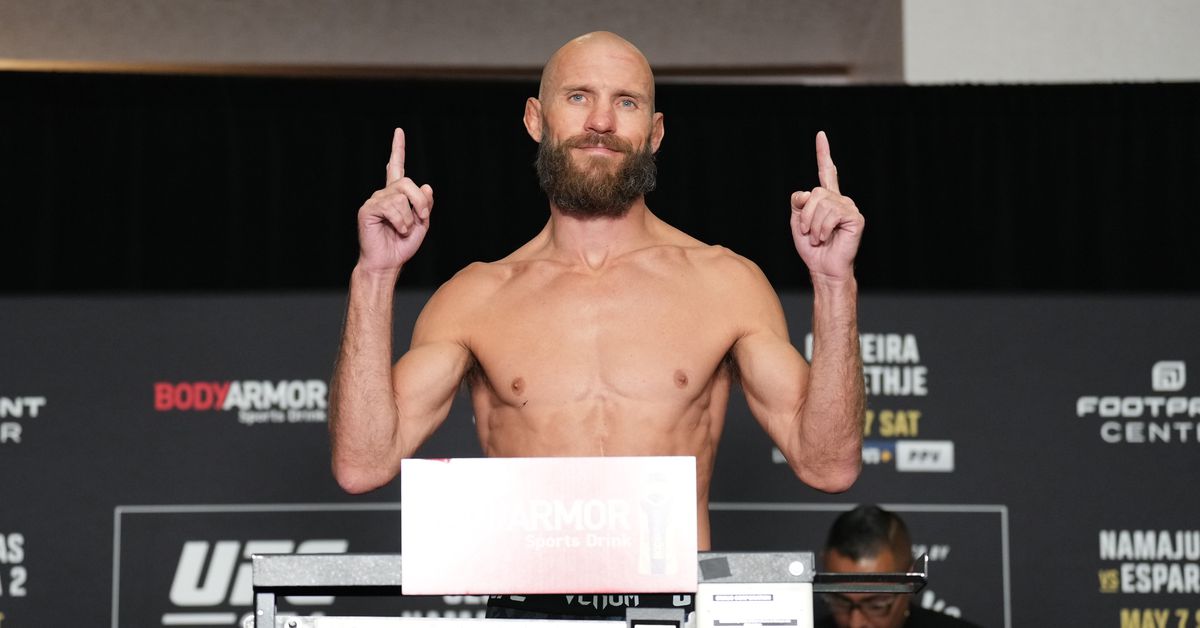 Donald Cerrone and Joe Lauzon are once again set for a clash of lightweight legends.

The two successfully weighed in Friday morning for Saturday’s UFC Austin co-main event. This is the second time that Cerrone (155) and Lauzon (154. 75) have weighed in to face one another as they were scheduled to fight at UFC 274 in May, only to have the fight postponed on the day of the event when Cerrone was unable to compete due to an illness.

This will be Cerrone’s 38th UFC fight, while Lauzon makes UFC appearance No. 28.

Nos. 7 and 8 in MMA Fighting’s Global Rankings respectively — also successfully made weight, with both taking advantage of the one-pound allowance for a non-title fight. Kattar weighed in at 146 pounds and Emmett at 145.5.

Only one fighter missed the mark, bantamweight Tony Kelley. Kelley weighed in at 137. 5 pounds, 1. 5 pounds over the limit for his preliminary headlining bout against Adrian Yanez (135.5). The bout will proceed at a catchweight with Kelley forfeiting 20 percent of his purse as penalty, per the UFC.

*Kelley missed the bantamweight limit by 1. 5 pounds. His bout with Adrian Yanez will proceed at a catchweight with Kelley forfeiting 20 percent of his purse as penalty