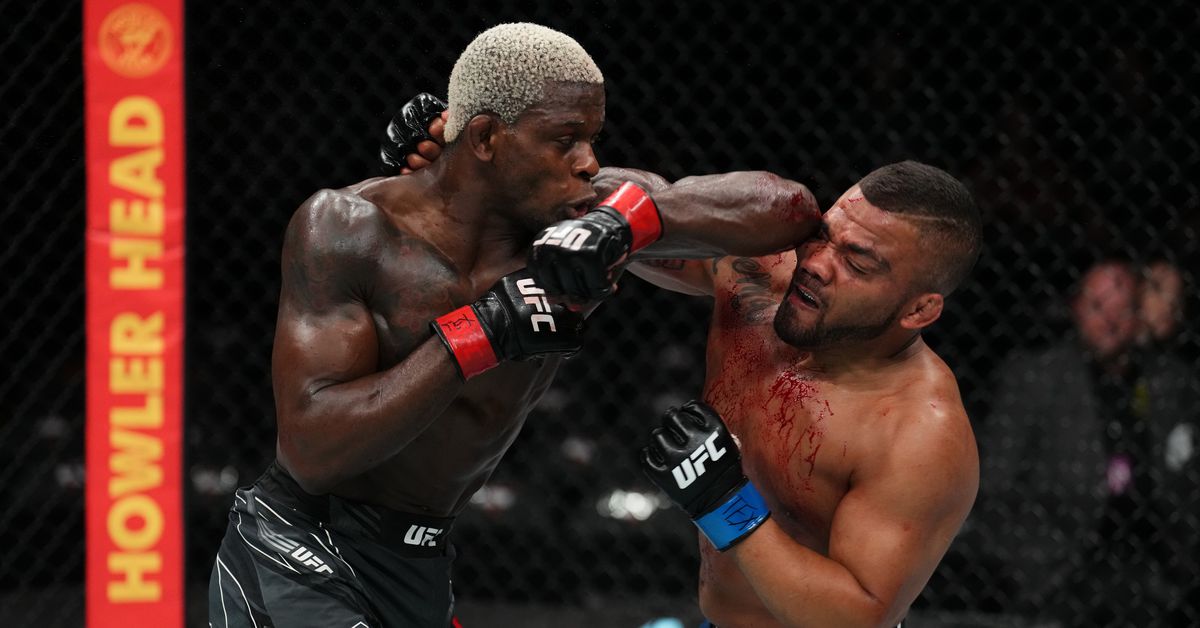 Dean called off the fight at the 4:25 mark of the second round after an elbow sent Winn wobbling to the fence. The American Kickboxing Academy veteran protested, but his subsequent fall to his knees was the final verdict.

Check out the finish below.

Dean had moved in to call off the bout seconds before the ending and kept a close watch on Winn after calling in the cageside doctor between the first and second rounds. Winn’s right eye was shredded by a series of jabs and elbows, and by the midway point of the second frame, the injury was affecting his performance.

Winn had to move inside to make an impact on his opponent who was shorter and stronger than him. Before he could get there, he took dozens of jabs at distance. Hawes then added his straight right, and was able to land that almost at will. He then added elbows from his back and lead foot that increased the score. His energy increasingly sapped, Winn ended up giving up a takedown, which momentarily took him away from the beating on his feet. However, it was only temporary.

In the second round, Hawes added kicks to his arsenal and bounced his shin off Winn’s head on several occasions. Winn survived the first half of the round. Considering the extent of Winn’s damage, Dean intervened.

Hawes gets back to the win column after a knockout loss to Chris Curtis in his previous performance and improves to 4-1 in the octagon. Winn drops to 2-3 in the UFC.