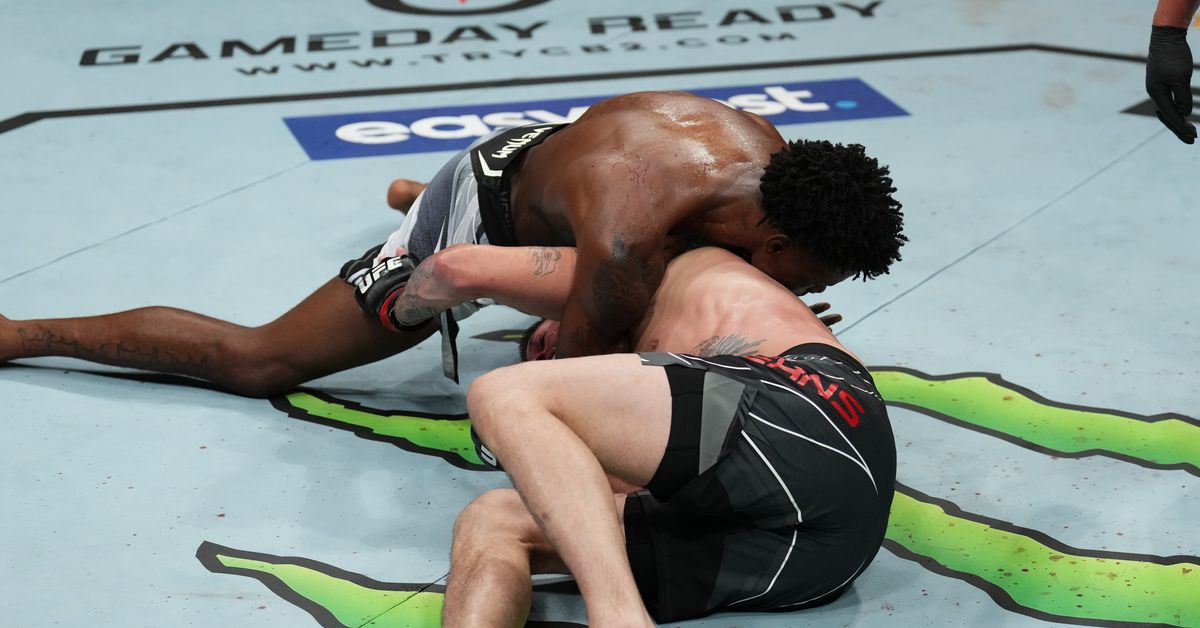 Kevin Holland seems like a major problem for welterweight.

In his second fight at 170 pounds in the octagon at UFC Austin, Holland was pinpoint accurate with his strikes, fast on the feet and just as deadly on the ground after he wrapped up a D’Arce choke to tap out Tim Means in the co-main event. The end came at 1:28 in the second round after Holland cracked Means with a devastating right hand that led to the submission finish.

“Two wins at welterweight, both in the second round,” Holland said while celebrating his handiwork. “Honestly guys, it’s not my intention to be arrogant, but I believe I submit anyone in the world .”

The welterweights were throwing strikes with a lot of volume as soon as the action got started but Holland’s speed and accuracy were giving Means fits on the feet. That led to Means looking for a takedown but Holland was able to scramble free and get back to standing.

Holland’s lightning fast combination sent Means spinning and left him looking for the perfect clinch that would slow down the pace. When they separated, Holland was just a step ahead in almost every exchange with Means playing catch up as they traded punches.

As Round 1 was nearing its end, Holland landed a vicious punch in the middle. Means was stunned. But Holland was still holding on to his ever outspoken opponent and making sure he made it to the end.

The fight didn’t last much longer because Holland came out firing once again in the second, which is where he connected with the right hand that had Means wobbled and hurt. Holland took the D’Arce choke and tightened his grip before locking up the fight.

Now 2-0 since dropping down from middleweight, Holland is looking to make a fast rise up the ranks with an opponent already in mind for his next fight.

“I hear Sean Brady really needs an opponent, I’m down for that,” Holland said. Holland said, “I heard he wanted to fight in August. I had been thinking September.” Sean, if we can figure something out.”

Mike Tyson’s confession: “In the fight against Roy Jones, I was under mushrooms and grass”