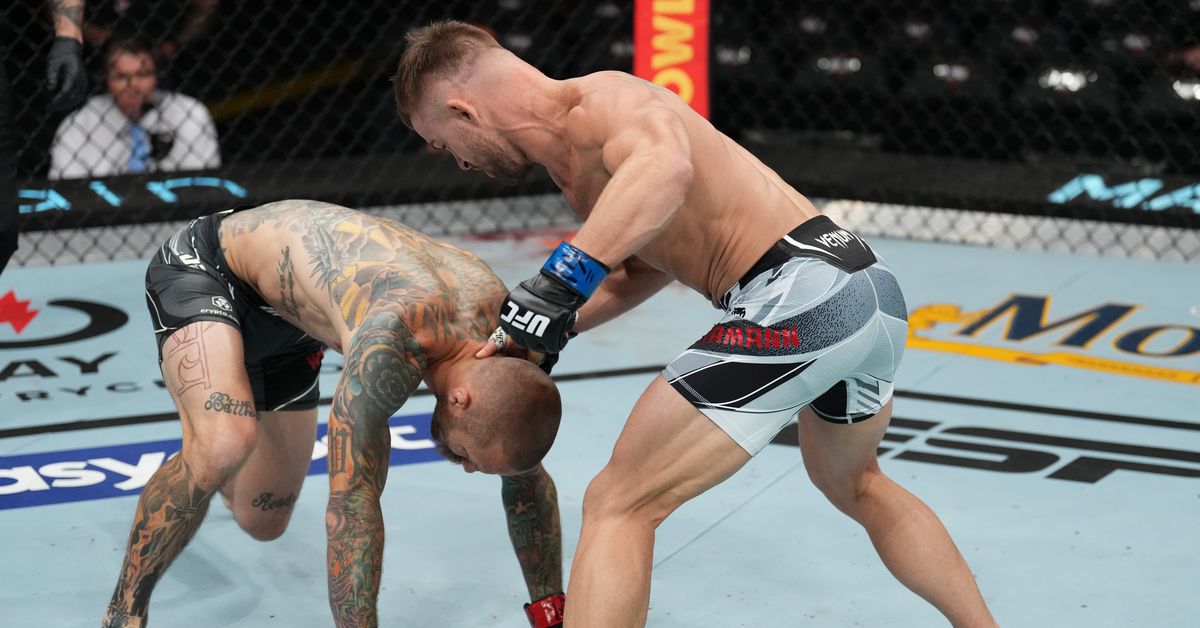 Cody Stamann had to wait a while for his first-ever UFC finish, but when it happened it was a fast one.

In his 11th appearance for the promotion, Stamann (20-5-1) needed just 59 seconds to land a finishing TKO barrage on veteran Eddie Wineland (24-16-1) at UFC Austin on Saturday.

Stamann caught Wineland early with a 1-2 combination early that caused Wineland to stumble and the former WEC bantamweight champion never recovered. He was trapped against the fence as Stamann swarmed, throwing haymakers with both hands. Referee Jacob Montalvo gave Wineland plenty of time to recover, but eventually stepped in for a stoppage.

Immediately afterwards, the 37-year-old Wineland removed his gloves in what was possibly a sign of retirement, but it was unclear on the broadcast if he left them in the cage to complete the gesture. He was not given a post-fight interview.

Stamann improved to 6-4-1 in the UFC with his first octagon finish and snapped a three-fight losing streak. This was his first win since a unanimous decision over Brian Kelleher at UFC 270 in June 2020.