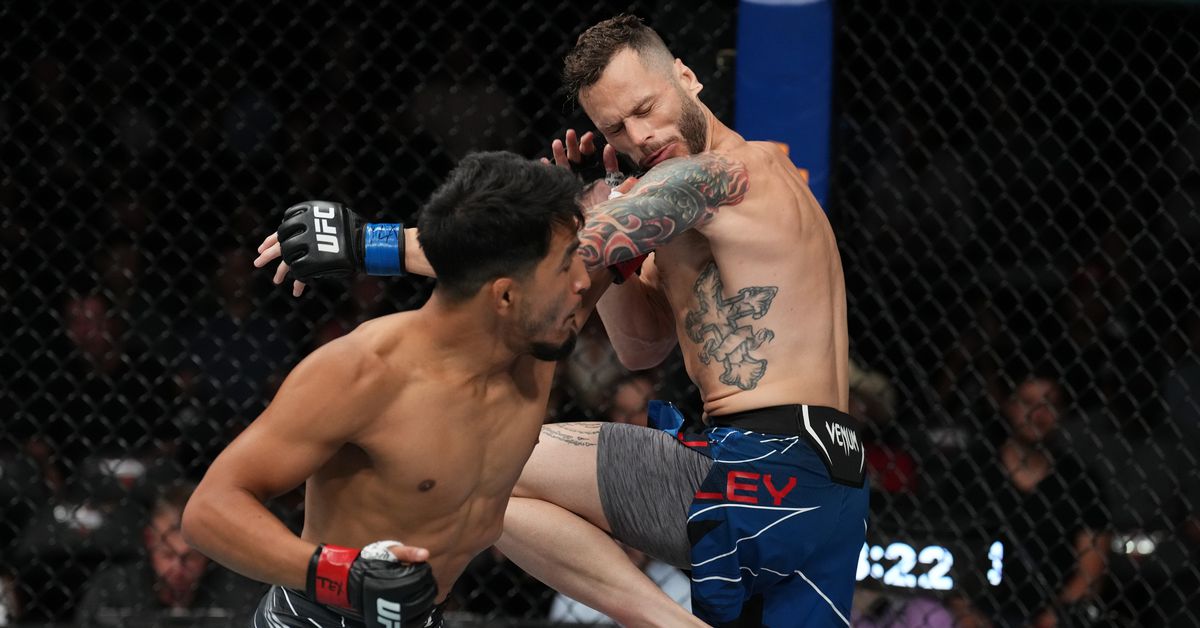 Adrian Yanez did not want to hear Tony Kelley’s words in the Octagon so he closed his mouth and performed a brutal first round knockout at UFC Austin.

With a reputation for some of the most dangerous hands in the promotion, Yanez was dropping hammers on Kelley during nearly every exchange until he blasted the Louisiana native with a series of hooks that dropped him to the ground. Yanez kept pounding Kelley until the referee intervened to end the violence at 3:49.

“Honestly it was cool, calm and collected for me,” Yanez said about his win. “He started talking mess to me in the middle of the fight and I said I’m going to get you for those words.”

With a home state crowd behind him, Yanez took the center of the octagon while setting up his strikes with Kelley moving around the octagon to stay out of range from his opponent’s power. The boxing from Yanez was a problem as he continuously tagged Kelley with hard shots including some nasty hooks from the left and right side.

It seemed that every time Kelley was trying to throw a kick, Yanez was timing the strike and then coming back at him with a series of stinging punches that kept finding a home on the chin.

Yanez rocked Kelley during one exchange and it appeared the fight might be nearing an end but the fighters continued trading blows on the feet. Moments later Yanez hooked Kelley with several right hooks. Kelley was unable to stand and fell to the ground.

That was when Yanez delivered his last punches to Kelley to put an end to him. He moved to 5-0 at the UFC, with four wins by knockout.

Afterwards, Yanez answered a couple of call outs from fighters who previously asked to face him.