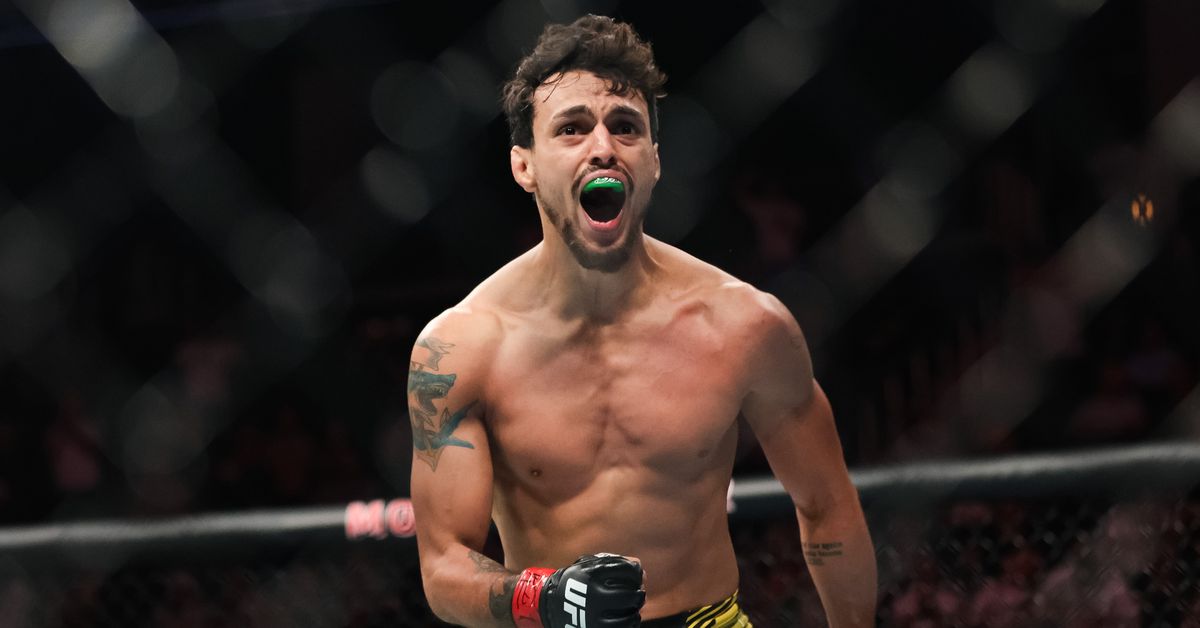 Ricardo Ramos pulled off another highlight-reel finish at UFC Austin with a spinning-elbow knockout of Danny Chavez.

Ramos put Chavez out on his feet with the strike, forcing referee intervention at the 1:12 mark of the opening round. To the finish, another knockout was added to an already heavy preliminary card held at Austin’s Moody Center.

Check out the finish below, courtesy of UFC broadcast partner ESPN.

Ramos was out the gate hoping to score something huge, no doubt to forget his loss to Zubaira Tukhugov’s decision. Chavez played it safe and moved to avoid spinning kicks that came his direction, and he tried to take away his opponent’s wheels with shots to the calves.

That’s when Ramos switched things up, dipping his head to throw off his opponent and then firing the backward elbow, which caught Chavez on the temple and left him out on his feet. It was the second such finish for Ramos, who stopped Aiemann Zahabi cold with the same strike at UFC 217.

Ramos’ octagon record now stands at 7-3, while Chavez drops to 1-2-1 in four outings.