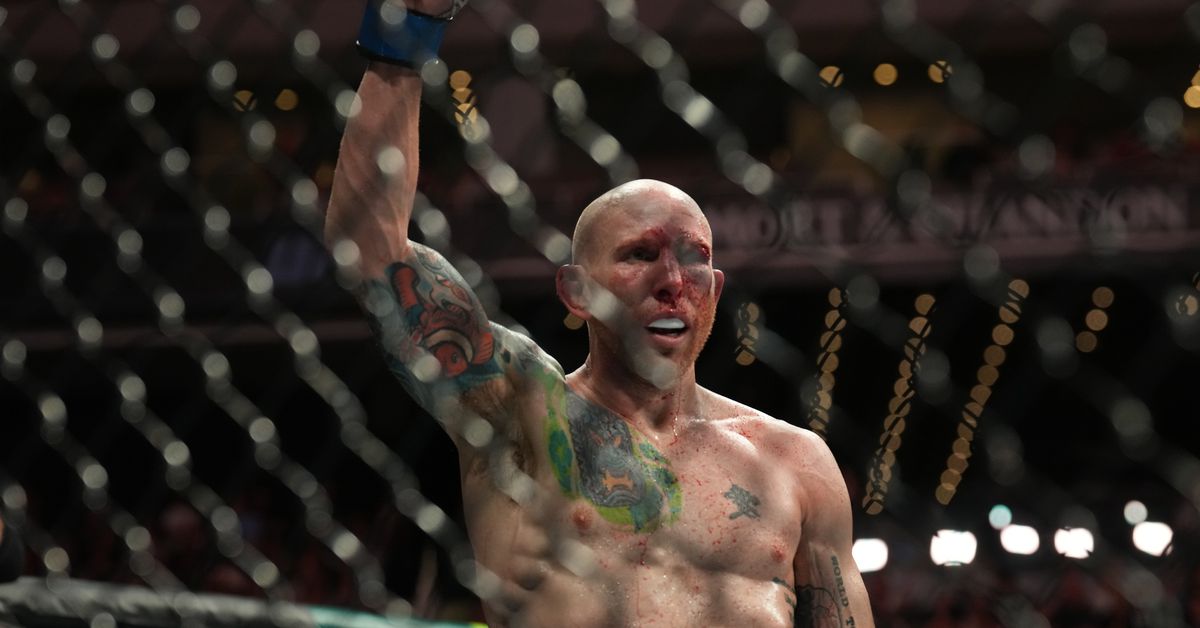 Josh Emmett might be on the sidelines after the largest win of his professional career.

Emmett won a split victory over Calvin Kattar at UFC Austin’s main event in the Fight of the Night. Emmett certainly seemed to be wearing most of the damage in the aftermath of the bout as he called for a title shot against the winner of the trilogy fight between Alexander Volkanovski and Max Holloway at UFC 276 on July 2.

Following the memorable event, the Texas Department of Licensing and Regulation revealed that Emmett is among six competitors who have been handed indefinite suspensions. The list also includes Tim Means, Julian Marquez, Albert Duraev, Kyle Daukaus, and Deron Winn — fighters who were stopped in their respective bouts — all of which will be eligible to return with the combination of clearance from a physician, and a minimum mandated amount of time out of action.

Check out the full list of the UFC Austin medical suspensions below:

Danny Chavez – Suspended up to Aug.

DeronWinn: Indefinitely suspended until cleared by a physician. Minimum 45 day