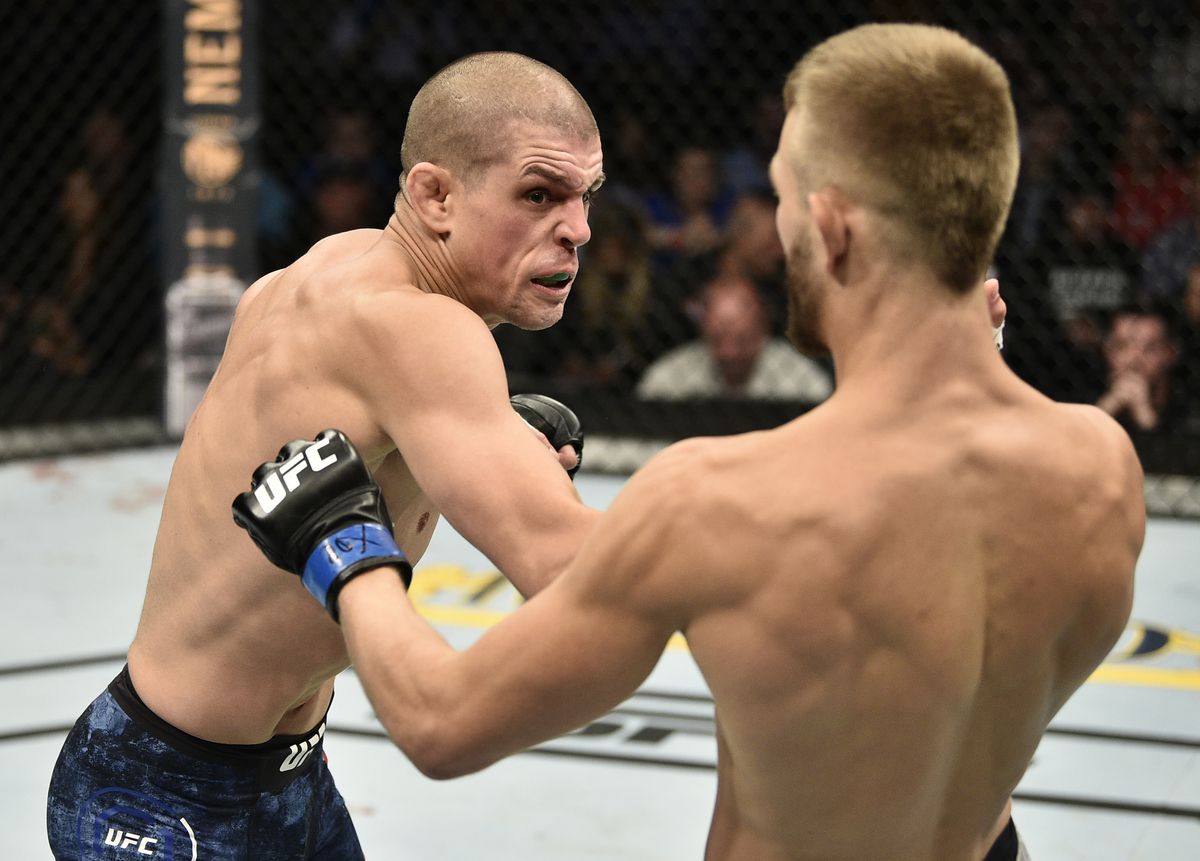 The UFC continues their 12-week summer tour with UFC Austin, headlined by a featherweight contest between Calvin Kattar and Josh Emmett. The co-main event features a re-booked legends fight between Donald Cerrone and Joe Lauzon and there are 12 other fights on the card, with copious betting opportunities, so let’s get to it.

I said this at UFC 274 and it’s still applicable here as the odds have barely changed: Joe Lauson is a very fast starter, with 18 of his 28 career victories coming in the first round, and Donald Cerrone is slow starter, with seven of his 16 career losses coming in the first round. Although this fight is between two men who have reached their peak, Lauzon looked far better than Cerrone. Cerrone was the superior fighter at their peak, but Lauzon is simply better now.

Rodrigues is a bit of a wild card. A former BJJ world champion, Rodrigues is brilliant on the ground, but in his UFC fights, as often as not he’s been content to stand and brawl with opponents. Although that has worked for Rodrigues, I believe he would do better to try and takedown Julian Marquez. This is partly because Marquez does not make a good defensive wrestler. Once he wins the fight, it will be one-way traffic to “Robocop .”

I’m slightly astonished at this line because I think it’s the most likely outcome for this fight. Julian Marquez is a good fighter but, as mentioned, he’s not a great wrestler and he’s nowhere near Rodrigues on the mat. Rodrigues can tap out Marquez if he plays up to his strengths.

Yanez has some of the most impressive boxing in UFC. He’s won three Performance of the Night bonus for KOs and has been Fight of the Night alongside the tough Davey Grant in his four fights. Kelley is not a bad fighter but he’s long in the tooth (35 years old) and doesn’t have the skills to really stand up to Yanez. Add in Yanez’s extra motivation and I like his chances for a finish.

Although Tim Means can be a difficult opponent, he relies on his length to his greatest offense. Holland is quicker and stronger than Means and can match his speed and power. Holland, the better grappler makes it a clear win for the emerging Welterweight.

God love Eddie Wineland but his days as a top bantamweight are over. He’s lost four of his last five fights and now he faces a tank of a 135er with powerful wrestling and serviceable standup. This fight is designed to give Stamann a win and that’s exactly what will happen here.

Parlay these three bets together for +111 odds.

De Paula has had a tough run in the UFC but she has been steadily improving time in and time out and it looks like the company decided to throw her a bone. Maria Oliveira knows how to fight and has some scrap to her, but she’s stuff and uncomfortable, even when doing the things she wants to do. De Paula is the better athlete. She’s the stronger striker and just plain fluid. De Paula should win easily.

Poor Deron Winn. He’s the Jeff Monson of middleweight, except that it’s substantially harder to pull that sort of thing off at middleweight instead of heavyweight. Winn is a good athlete and a great wrestler but Hawes has such enormous physical advantages here, that it doesn’t matter. Hawes loses fights on the feet, and Winn isn’t going to beat him there.

Parlay these two bets together for -111 odds.

Lauzon, as mentioned, is a quick starter, while Cerrone, is slow, which is the origin of this wager. I’m anticipating things to play out for both men according to the script and if that happens, Lauzon will simply overwhelm “Cowboy” with strikes. Although it isn’t the most long-lasting of shots, I believe that this bet is a solid one.

Friends, another difficult week. I felt we were on the right side of most of the bets but Jiri’s miracle comeback meant we finished down again. We’re now on the next. Due to the outcome of the odds and bets, this week there was plenty of juice, so I decided to roll with two parlays. Let’s try to cash some tickets.

Check out No Bets Required if you don’t have it yet. It has more gambling content. Good luck y’all, and gamble responsibly!