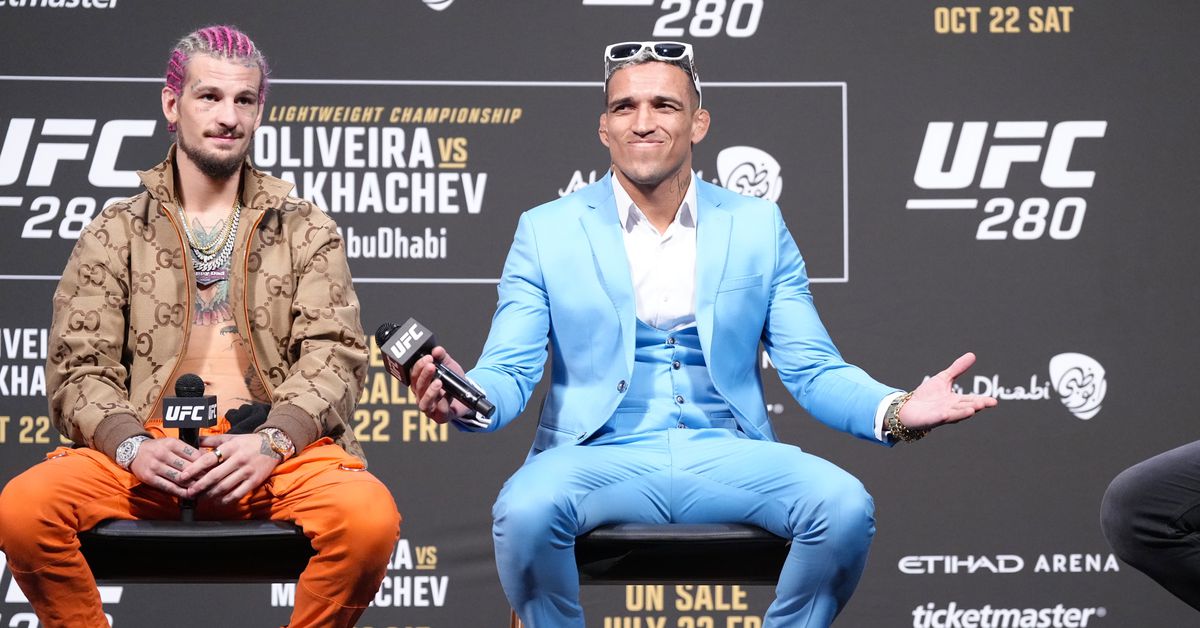 Charles Oliveira and Islam Makhachev top one of the deepest UFC cards of the year.

During Saturday’s UFC Vegas 61 broadcast, the promotion announced the official lineup for UFC 280, which takes place Oct. 22 in Abu Dhabi and airs live on ESPN+ pay-per-view. Oliveira & Makhachev are the card’s headliner — No. 1, and No. 3 respectively in the MMA Fighting Global Rankings — battling for the lightweight title that “Do Bronx” lost on the scale this past May.

In the co-main, Aljamain sterling defends his bantamweight title against T.J. Dillashaw.

The preliminary section of the Oct. 22 Card has plenty of star power with ranked fighters Belal Muhammad and Volkan Oezdemir in action. Also, Muhammad Mokaev, Jailton Almeida, a fast-rising heavyweight, will be there.

Petr Ya vs. Sean O’Malley