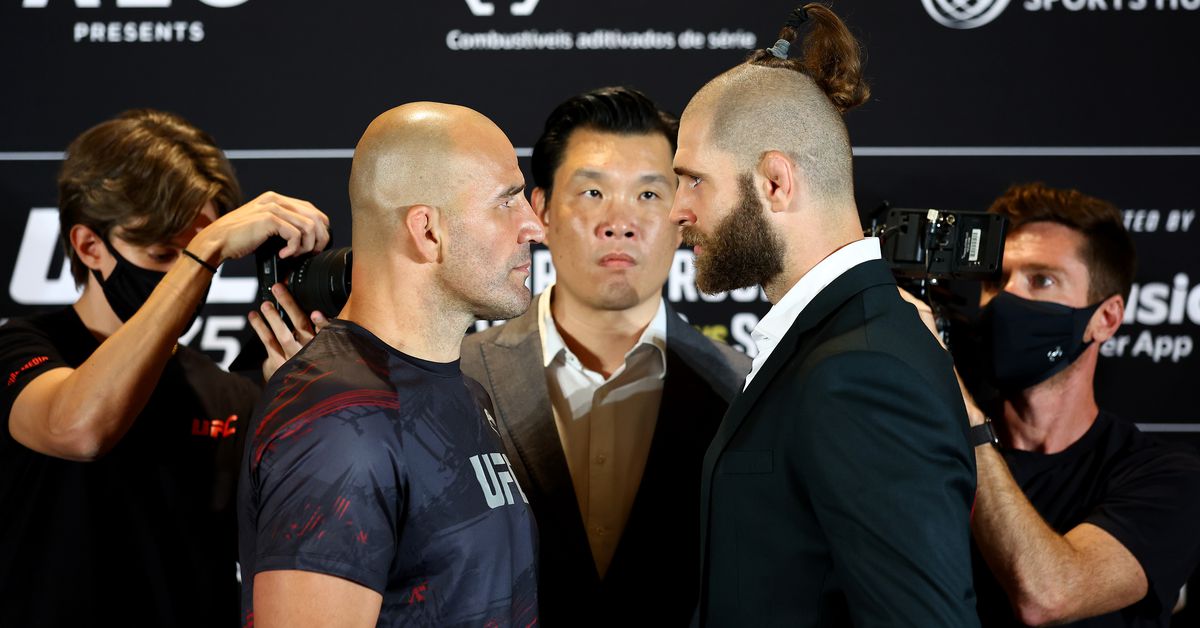 The UFC 275 start time and TV schedule for the Teixeira vs. Prochazka event at Singapore Indoor Stadium in Kallang, Singapore, on Saturday night is below.

The fight card is broken into three different parts and airs on two different mediums. This post will help explain which fights are airing where and at which times.

The event kicks off with a two-fight early preliminary card, headlined by strawweight action Liang Na vs. Silvana Gomez Juarez. The early prelims air on ESPN+. The broadcast begins at 7 p.m. ET. Odds are available at DraftKings Sportsbook.

A featherweight matchup featuring Joshua Culibao and Seung Woo Choi headlines the second set of prelims, which begin on ESPN and ESPN+ at 8 p.m. ET.