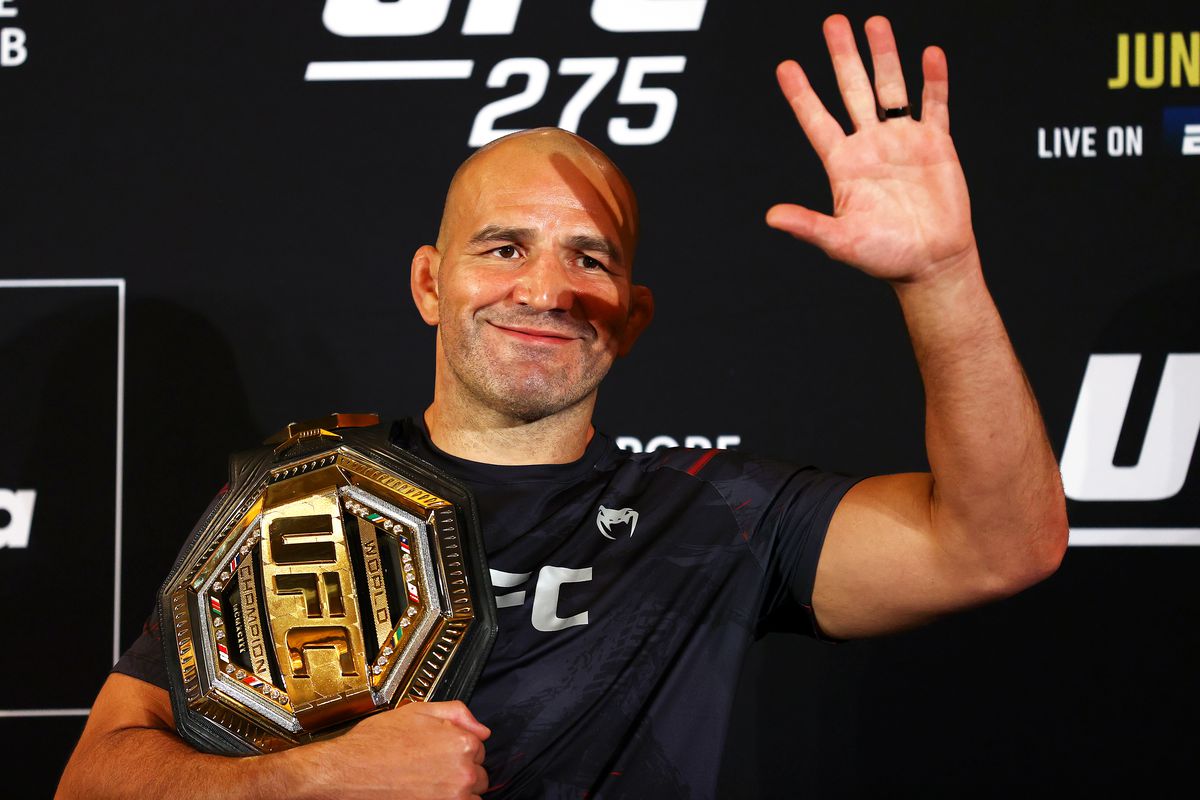 The UFC returns to pay-per-view on Saturday with an event in Singapore, headlined by a light heavyweight title fight between Glover Teixeira and Jiri Prochazka. UFC 275 also features a women’s flyweight title bout between Valentina Shevchenko and Taila Santos, plus a rematch of the 2020 “Fight of the Year” between Weili Zhang and Joanna Jedrzejczyk. It’s a big event, and there are A LOT of live dogs on the card this week, so let’s get to it.

I already wrote a review on the fight, so I will refer to it for a deeper explanation. The bet boils down to: Prochazka can knock Teixeira out on his feet. If this happens, Prochazka will find himself in serious, deep trouble. There’s always a risk in backing a 42-year-old fighter against a whirling dervish of violence like Prochazka, but Teixeira has cashed underdog tickets in his past three bouts, and I’m going to ride that train until the wheels fall off.

Two UFC belts up for grabs – LIVE HERE – on Saturday night in Singapore.

Following this past week’s disaster with Karolina Kowalkiewicz, I’m playing it slightly more cautious with my underdog picks this week. A prop bet on Jedrzejczyk by Decision at +200 is probably the better line to take. But hey, plus-money is plus-money. In 2020, Jedrzejczyk and Zhang arguably put on the greatest female fight in history with Zhang winning a split decision. The fight was razor close, with many thinking Jedrzejczyk won, especially in the early rounds.

This fight has now been reduced to three rounds. While this could be a favorable factor for Zhang’s explosive power, it is still a coin flip fight. Therefore, the value wager on Jedrzejczyk is my favorite.

In the featured prelim bout, Malkoun faces well-regarded prospect Brendan Allen in a middleweight tilt. Allen is second on the card, behind Valentina Shevchenko. However, Malkoun has been largely overlooked. Malkoun will be at a decided size disadvantage here, but he is a very good grappler and a relentless wrestler. The man is going to shoot and re-shoot until he puts Allen’s butt to the floor. Given that Allen isn’t the world’s greatest defensive wrestler, that may not take that long. The size is a concern, but the relentless grinding style of Malkoun should have these odds closer.

Like the Malkoun line, this one surprised me. Andre Fialho is great and has racked up bonuses. Jake Matthews, however, is tough as nails, an jack-of all-trades, who really has only lost to the best fighters. Matthews is going to stay in his face on the feet, and he’s going to test the little-tested wrestling game of Fialho. This fight reads like a 50-50 proposition to me, if not slightly in favor of Matthews, so I like the underdog value here.

My analysis of this fight comes down simply to this: Kang is a pretty decent wrestler who excels at taking the back, and Danaa Batgerel is not a great wrestler. The one fighter in the UFC who tried to take him down, Alateng Heili, managed it three times. Kang is more skilled than Heili and is better at the feet. Kang’s controllable grappling makes this a great match stylistically.

Shevchenko, the best female fighter of all time, is undoubtedly the most successful fighter, if not the greatest, in the entire world. Taila Santos, a discounted version of Shevchenko who was defeated by Mara Romero Borella just a few years ago is Taila. The question isn’t whether Shevchenko will win, but how she will do it. While Santos isn’t a novice on the ground, Shevchenko has a huge edge there. I expect Shevchenko to do what she’s been doing recently and big sister Santos to the floor, where she will elbow her to oblivion.

Teixeira/Prochazka Does Not Go To Decision, -500

During his current unbeaten run, Teixeira has gone to a decision just one time (against Nikita Krylov in a three-round affair). More importantly, Prochazka has seen the scorecards just once in his entire career, all the way back in 2016. Simply put, Prochazka is a get-or-get-got fighter, and at 42 years old, Teixeira is either getting put out or he’s submitting Prochazka.

Parlay these three bets together for +101 odds.

As I alluded to above, this fight reminds me a great deal of Bontorin vs. Kara-France, and so for the “Long Shot” this week, I’m rolling the dice on lightning striking twice. Kara-France managed to get out from underneath Bontorin and score a late first-round KO, and Kape won his two most recent fights with KOs in the final minute of the first round. Kape to win in the same time period is +1800, but again, I’m being slightly more conservative this week, and this bet allows for Bontorin to secure a late submission in the first as well.

* Alas, Kape vs. Bontorin has been cancelled.

This past week, dear friends, is why gambling is stupid. The difference between breaking even and losing several units was Kowalkiewicz doing something she had never done before: Finish an opponent in the UFC. We owe Kowalkiewicz a lot of credit, though that was a difficult beat. This week, there are infinite underdogs. We can only hope that the puppies are out there barking Saturday.

Please visit No Bets Required if you are looking for additional gambling content. Good luck y’all, and gamble responsibly!