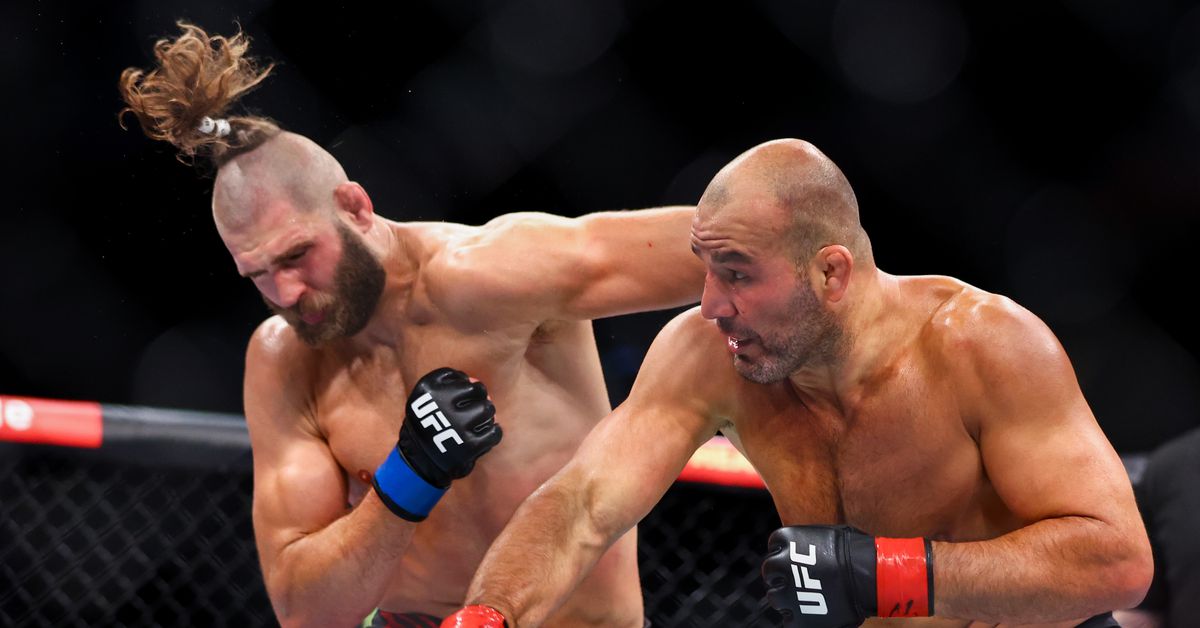 Jiri Prochazka and Glover Teixeira capped off an incredible — and lucrative — night of action for the fighters of UFC 275.

UFC Senior Vice President Dave Shaw announced at the evening’s post-fight press conference that the headlining fighters were awarded with the event’s “Fight of the Night” bonus and an extra $50,000 each for their epic championship clash. Prochazka became the new UFC light heavyweight champion via submission with less than 30 seconds remaining in Round 5.

Shaw also announced that instead of the standard two “Performance of the Night” awards being handed out, every fighter who scored a finish (aside from Prochazka) at the pay-per-view event in Singapore will receive a $50,000 bonus. That list of five fighters includes Zhang Weili — who sent Joanna Jedrzejczyk into retirement with an unbelievable spinning backfist knockout — Jake Matthews, Jack Della Maddalena, and first-time bonus winners Maheshate and Silvana Gomez Juarez.

UFC flyweight champion Valentina Shevchenko did not receive a traditional bonus for a split decision win over Taila Santos that marked her seventh straight title defense, but she was the recipient of a $30,000 bonus courtesy of a Crypto.com fan vote. Prochazka earned an extra $20,000 for coming in second, while Zhang’s third-place finish garnered a $10,000 bonus.