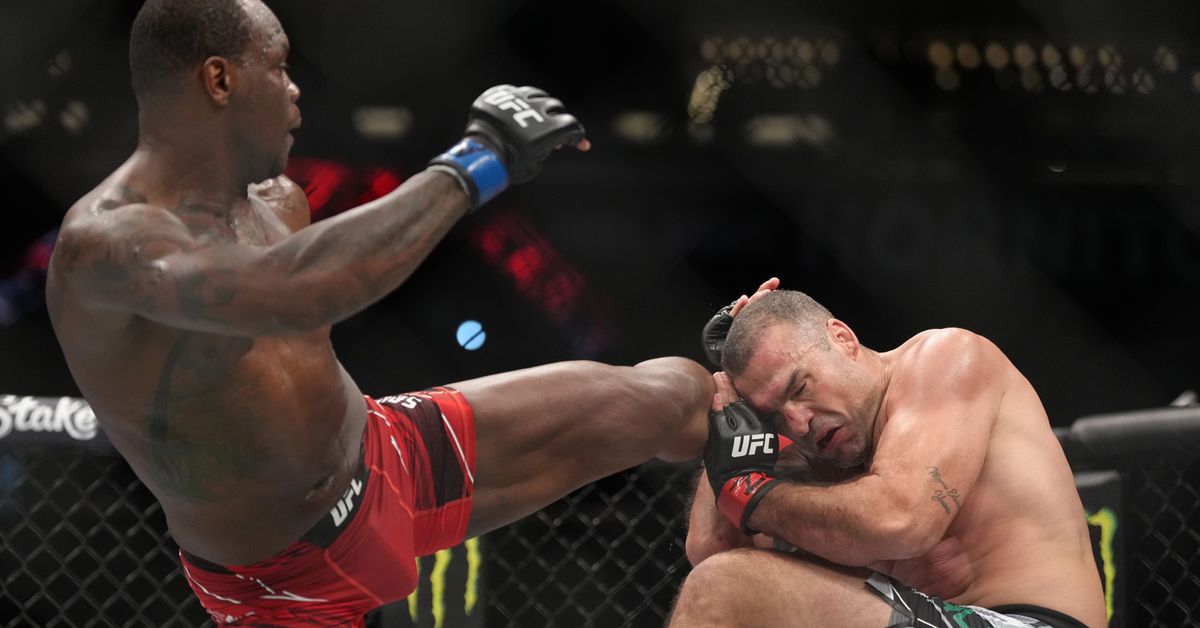 There was no blistering finish this time around but Ovince Saint Preux still did enough to get a second win over Mauricio “Shogun” Rua in their rematch at UFC 274.

Saint Preux was content using a front kick and straight punches to keep “Shogun” away during many of the exchnages, which was enough to sway the judges in his favor when the fight was over. Two scores of 30-27 and 29-28 came back for Saint Preux with the third judge giving the fight to Rua with a 29-28 scorecard.

Still, Saint Preux did enough for the split decision win, although it’s probably not a performance he’ll be adding to his highlight reel any time soon.

Unlike the first fight that ended before the first minute was over, Saint Preux and Rua were both a little more apprehensive about over engaging as the action got going. Saint Preux began to dig a series hard kicks at the middle of ‘Shogun,’ which made the Brazilian’s stomach glow red.

‘Shogun’ was consistently going back up top to the head with his punches but he was struggling with the range due to Saint Preux’s size and height advantage. There was still more activity from Rua with a volume of strikes compared to Saint Preux.

Between rounds, Rua’s coaches told him to start mixing in more kicks and that led to him digging to Saint Preux’s thighs with some solid inside shots.

Unfortunately, neither fighter was active as both kept fighting with one strike each. Rua did get busier as he continued to focus on the kicking game while Saint Preux was constantly looking counters against the Brazilian whenever he moved forward.

Realizing the fight was close heading into the final five minutes, Saint Preux finally got more active with his forward motion, which led to a few more shots landing with Rua stuck backing up as the fight came to a close.

This win brings Saint Preux back to track after two consecutive losses. “Shogun,” however, stated that he would like one more fight in the UFC before calling his career