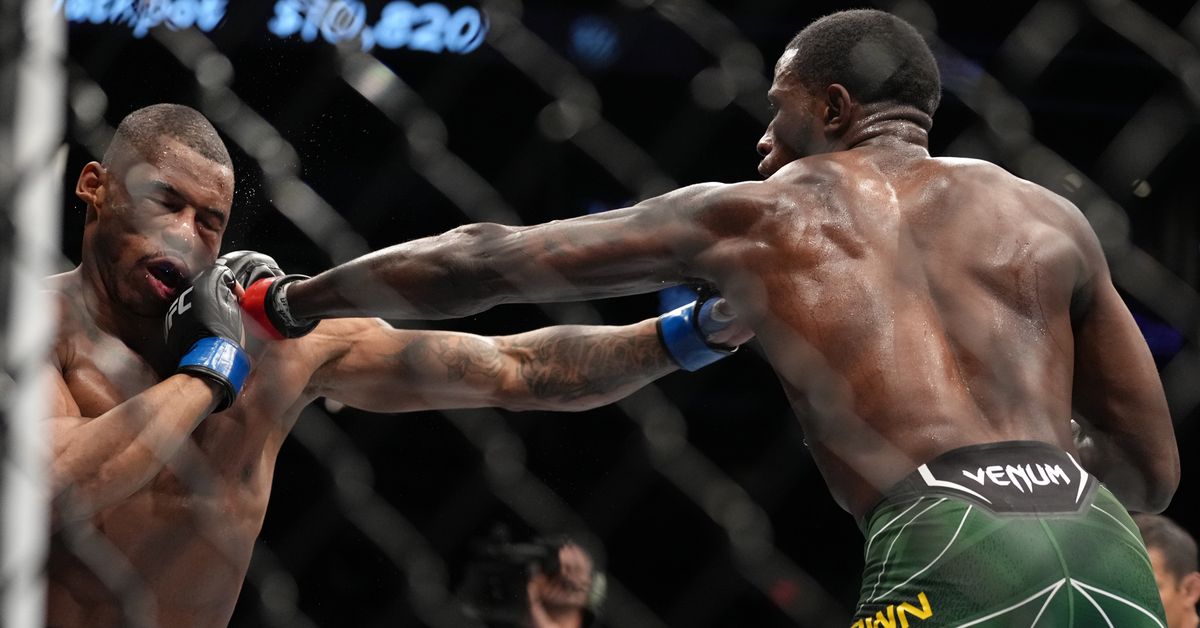 Randy Brown jumped up to UFC 274 Main Card and won a victory over Khaos Wilkins in a back-and forth battle that kicked off the pay per view broadcast.

With Donald Cerrone, the “Cowboy”, unable to participate due to illness, Brown was given the opportunity to shine. After some initial scares with Brown’s powerful opponent, Brown showed some speed and footwork to win a split decision.

Two judges scored Brown’s fight 29-28 with Williams getting the third official 29-28. “Rude Boy”, however, will leave the ring with the win to make it his third consecutive victory overall

“Coming into this fight, Khaos is a dangerous boy,” Brown said. That’s bad motherf ******. I’ve got to remind myself who I am. He’s a tough, tough dude, dangerous but I persevered.”

Williams, who was aggressive from the jump was quite assertive but was not as eager to get the knockout. Brown was actually thrown by a short right hand midway through round one. Williams tried to submit but the welterweights were able to get back on their feet.

After admitting he got sloppy during that exchange, Brown started using a lead left jab to keep Williams on the end of his punches and then following up with a hard right behind it. Williams seemed to be frustrated by some of his defensive footwork and head movements, while Brown did a much better job staying in line with the counters.

With his confidence surging, Brown was staying much busier with a variety of combinations that consistently employed his height and reach advantage but Williams still managed to sit him down momentarily with another hard right hand.

Brown was quick to recover and landed some of his most impressive strikes after Williams’s brutal right hook. He then landed a devastating knee-up the middle, which landed flush. Brown kept pounding out strikes until the last horn was sounded, before raising his hand in the middle.

With a 5-1 resume in his past six fights, Brown remains a tough out for anybody in the welterweight division as he continues to knock on the door of the top 15 rankings.