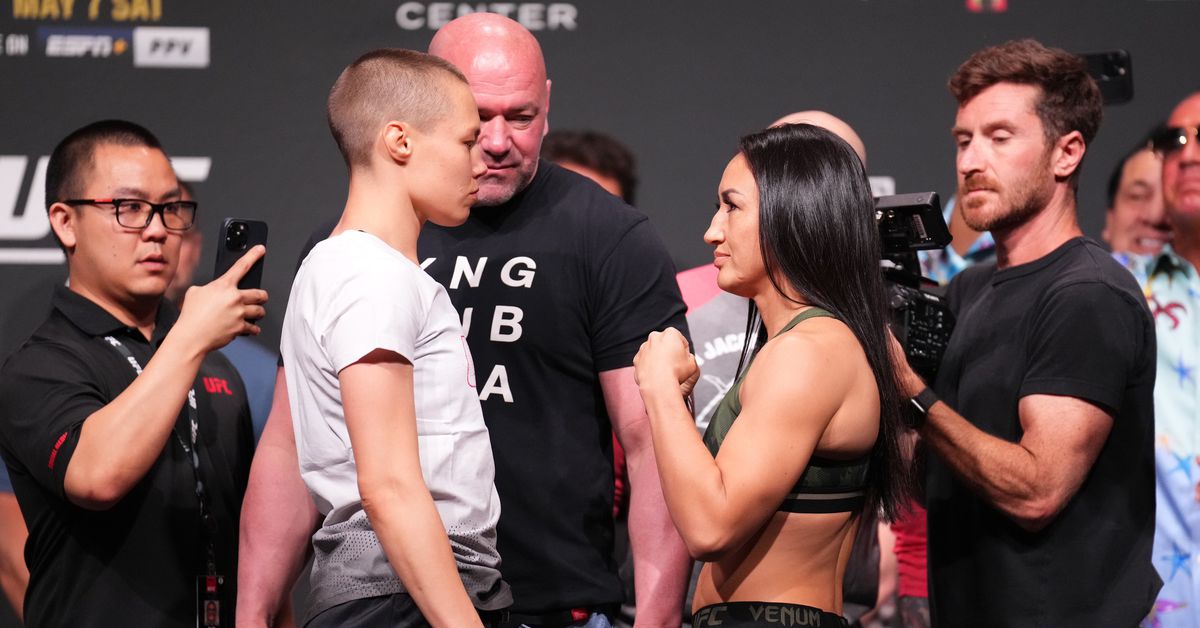 This is the UFC 274 live blog for the co-main event strawweight title bout between Rose Namajunas and Carla Esparza on Saturday night in Phoenix.

Namajunas and Esparza have a storied history in the strawweight division, with both women having competed on season 20 of The Ultimate Fighter, where they fought for the right to be the first UFC strawweight champion. Namajunas and Esparza met in the finals of that tournament, with Esparza submitting “Thug Rose” in the third round to claim the inaugural title. But, a lot has happened since then.

After beating Namajunas, Esparza dropped the belt to Joanna Jedrzejczyk and then struggled to get back into title contention, going 3-3 over the next few years. Esparza finally got things back on track beginning in 2019 though, and she has now won five in a row to earn her second opportunity at UFC gold.

Namajunas, meanwhile, has blossomed following her loss to Esparza. To get a chance at Jedrzejczyk “Thug Rose”, she won four of the next five fights. She took advantage, and knocked out the champion in the first round. After winning their rematch she lost the title to Jessica Andrade in the next year. Namajunas then reclaimed the title with a first-round KO of Zhang Weili at UFC 261, and after winning their rematch, the strawweight champion is now looking to put together a real championship legacy.

Check out the UFC 274 live blog below.