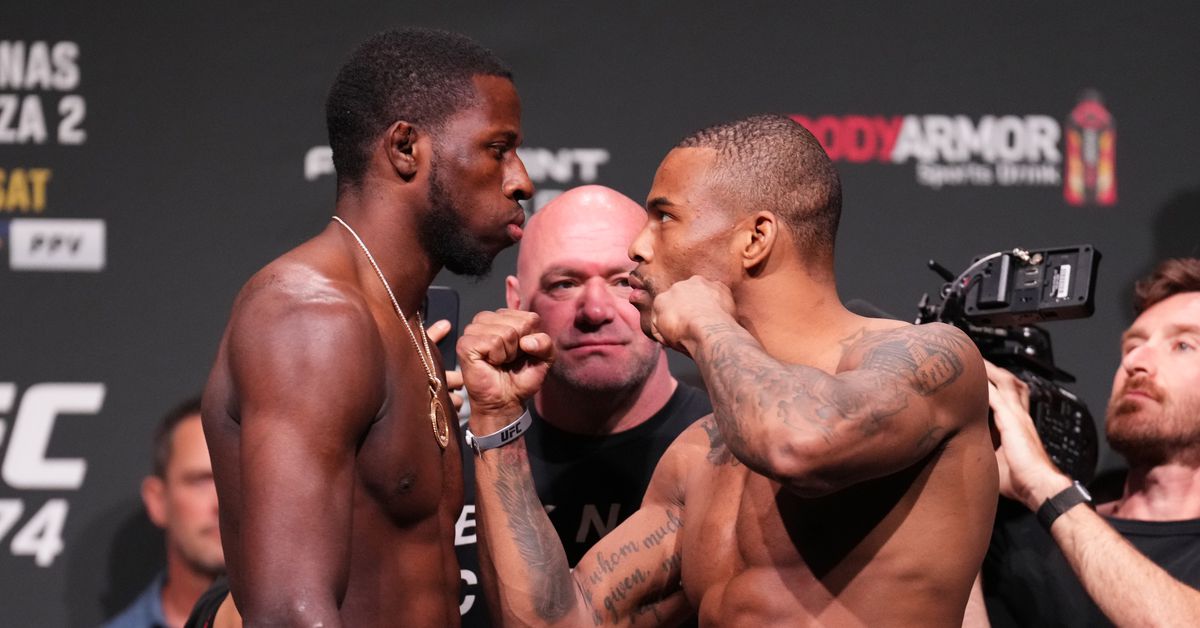 This is the UFC 274 live blog for the opening main card fight between Randy Brown and Khaos Williams on Saturday in Phoenix.

Originally set to headline the preliminary bout, Brown was moved to the main event by Williams after Donald Cerrone withdrew from the fight with Joe Lauzon. Now, one of the most exciting contests on the entire UFC 274 card will open up the pay-per-view.

Brown made his UFC debut in 2016 and has made a name for himself as one of the most exciting scrappers in the welterweight division. With an 8-4 record in the UFC, Brown has won two in a row and is looking to make a run towards the top-15 with a win over Williams.

Williams is much newer to the UFC, having joined the organization in 2020 but the welterweight prospect has quickly made a name for himself with Performance of the Night winning knockouts over Alex Morono and Abdul Razak Alhassan. With a 13-2 professional record and 4-1 in the UFC, Williams is also looking to establish himself as a legitimate top-tier welterweight.

Check out the UFC 274 live blog below.