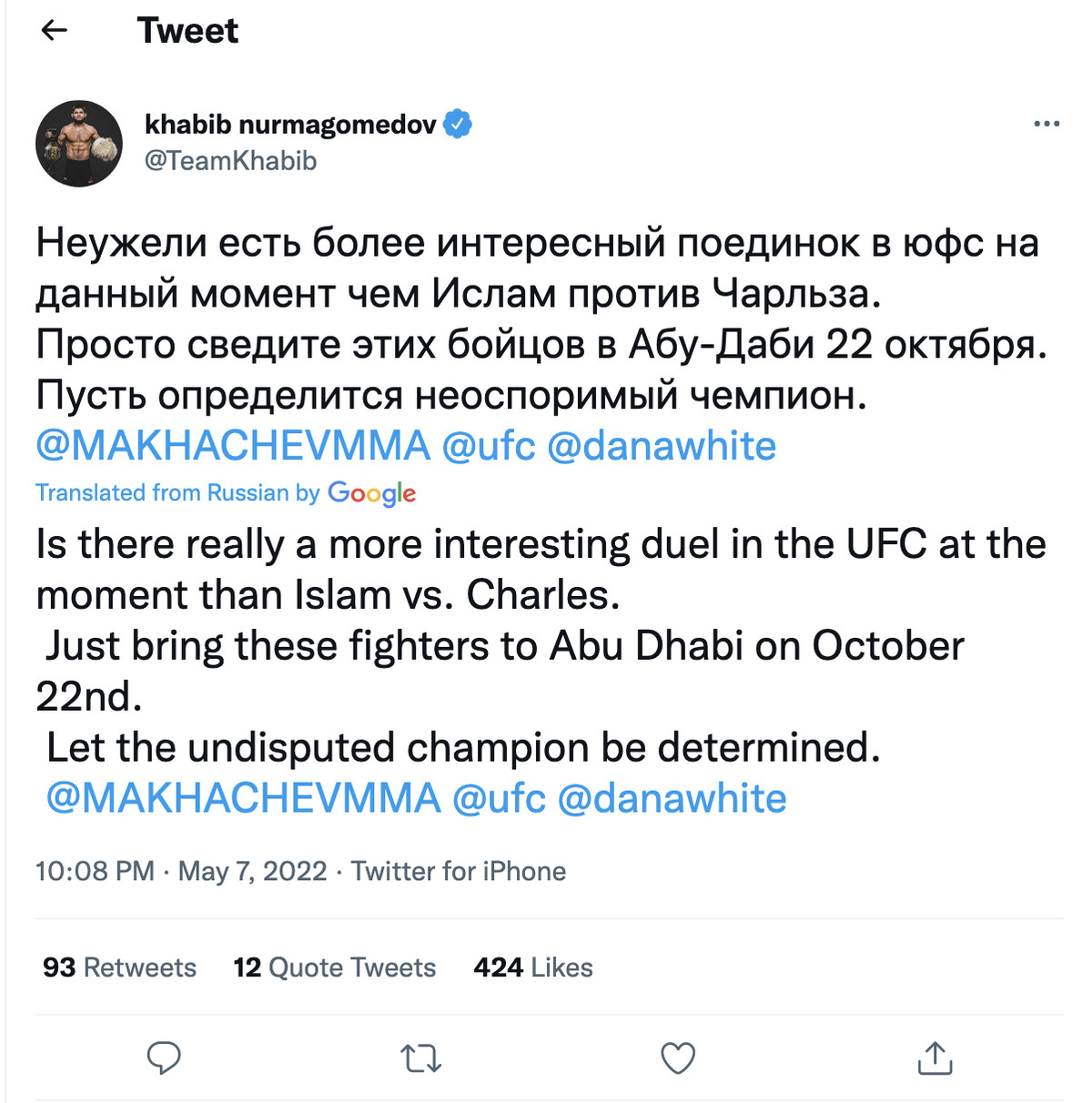 In a wild, seesawing night of combat sports action at UFC 274, fans went from boredom, to exhilaration, to boredom, and ended on exhilaration with Charles Oliveira – the most exciting non-lightweight champ.

Oliveira became the first UFC champion to lost his belt on the scale, but he quickly showed the promotion he is the best with or without gold, submitting Justin Gaethje at the 3:22 mark of the opening frame.

Officially, Oliveira is the No. 1 contender to the lightweight title, as UFC President Dana white reminded him after his rear-naked choke finish of former interim champ Gaethje. After his victory, the Brazilian was the second to call out Conor McGregor, but the future remains uncertain.

Here’s what fighters had to say about the UFC 274 main card.

Called it. He didn’t knock him down, but he was too weak to even follow him and accomplish anything. Always Charles’s fight.
Sorry @Drake should have posted
But it’s my pleasure @DraftKings, add it to my take of tonight’s winnings. pic.twitter.com/RRuja6H3Ag

So much happened in the 3 and a bit minutes of that fight!! #UFC274

@CharlesDoBronxs is the real deal #UFC274

Charles is a treat to watch his stand up/ground game is pure mint! love watching him compete probably my favorite LW fighter to watch right now!!

Congrats Charles and see you in AbuDhabi for vacant #UFC274

A thousand may fall at your side, And ten thousand at your right hand; But it shall not come near you.

That girl’s title was too boring. nobody really wanted it. really disappointing

Yoel vs Izzy… but chicks

That was a painful fight to watch #UFC274

Well at least Joanna is coming back

Damn. Rose and Charles both lost their belts in the most ridiculous way.

Congrats Carla Esparza, but I truly believe Rose will get that belt back #UFC274

Pat Barry should be ashamed of that corner advice, cost his wife her belt when an ENTIRE ARENA is verbally letting you know the fight sucks, joanna gonna ko esparza again #UFC274

I’d have a nice knock off this guy, no doubt about it. A firework spectacle. I like the 170 shout also. Tipped him over. He’s definitely someone I would like to face at one point in my professional career. I see it happening after tonight. Congrats on a solid win Michael and another barnstormer.

That was scary the way he went down #UFC274

What are the judges doing? #UFC274