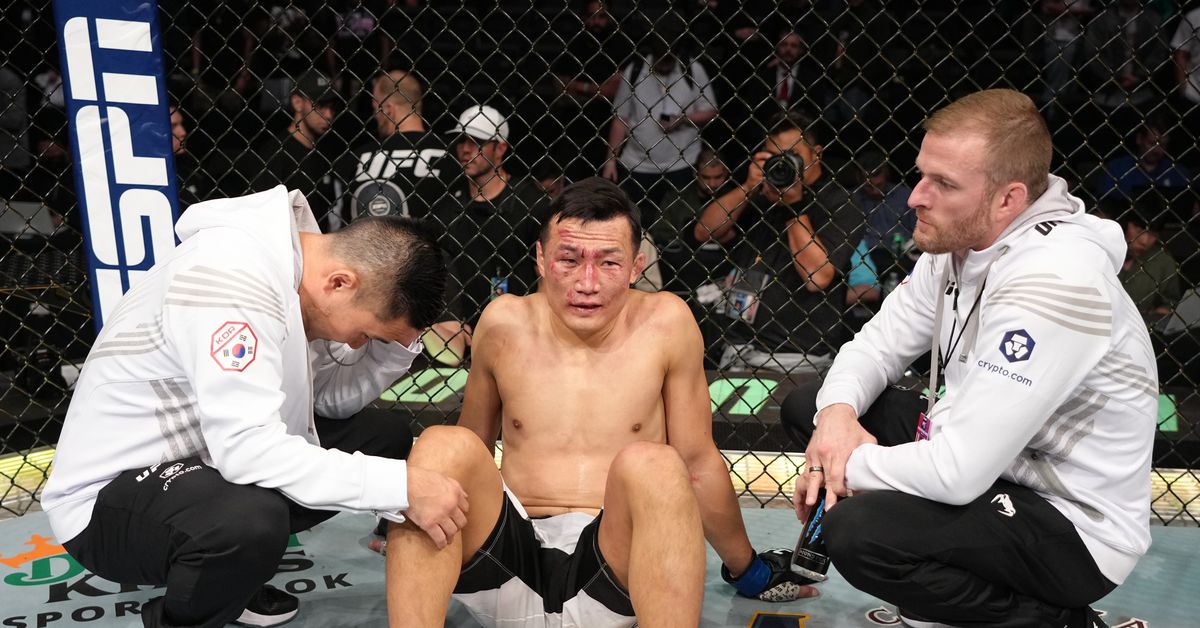 UFC 273: Thrill and Agony goes behind the scenes to give fans a closer look into the aftermath of Alexander Volkanovski’s brutal win over The Korean Zombie and Aljamain Sterling’s title unification in the co-main event of the April 9 pay-per-view at VyStar Veterans Memorial Arena in Jacksonville, Fla.

The Korean Zombie was saved in the fourth round by Herb Dean, after suffering a brutal beating. He later contemplates retiring and then breaks down as he digests the outcome.

Meanwhile, Sterling and his team celebrate a hard-won victory over Yan after a 13-month period of uncertainty in the wake of his disqualification win over the Russian at UFC 259. Cameras catch what Sterling told UFC President Dana White in the wake of his win and his message to the his haters as he walked backstage with his team.