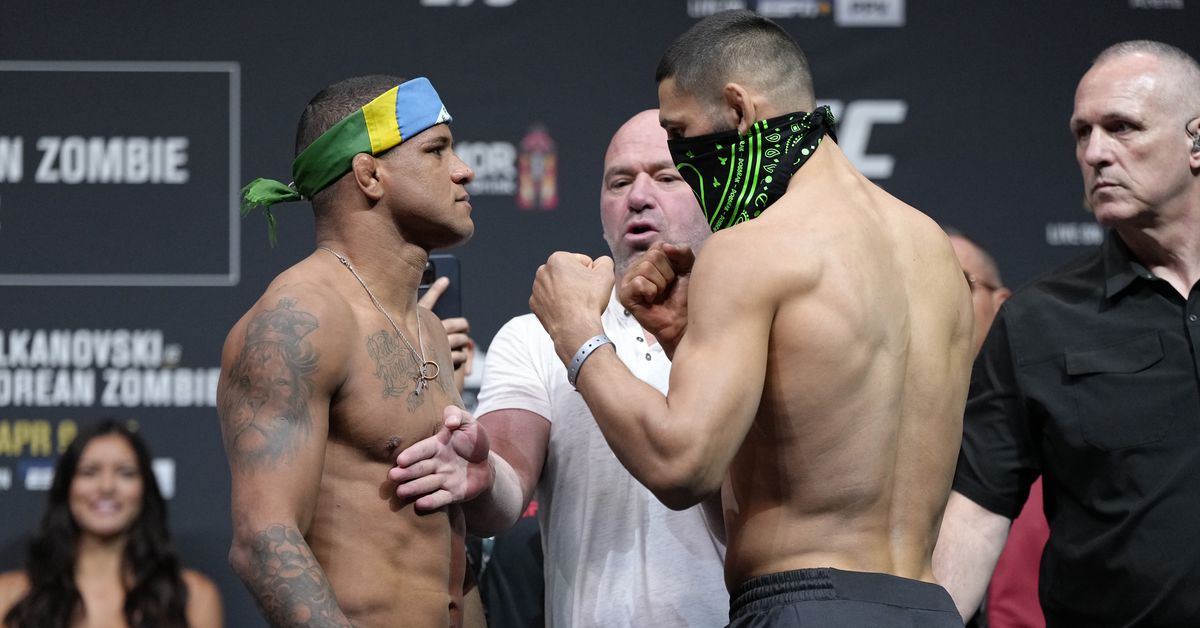 This is the UFC 273 live blog for Khamzat Chimaev vs. Gilbert Burns, the featured welterweight fight on Saturday at the VyStar Veterans Memorial Arena in Jacksonville, Fla.

Chimaev is one of the most-hyped prospects to enter the UFC, arguably ever. The 27-year old phenom is 10-0 in his professional career, with all of his wins coming by way of stoppage. Chimaev has absolutely dominated since arriving in the UFC in 2020, stringing together four wins while sustaining just one significant strike. Many believe he is a future champion because of his outstanding performances. With a victory over Burns, Chimaev may be eligible for the title.

Burns, a Brazilian Jiu-jitsu World Champion and the current No. 4 ranked welterweight in the MMA Fighting Global Rankings. Having spent most of his career at lightweight, Burns moved up to 170 pounds in 2019, where he has amassed a 5-1 record, with his only loss being to current champion Kamaru Usman. Burns will be able to win a victory over Chimaev, who is highly anticipated.

Check out the UFC 273 live blog below.