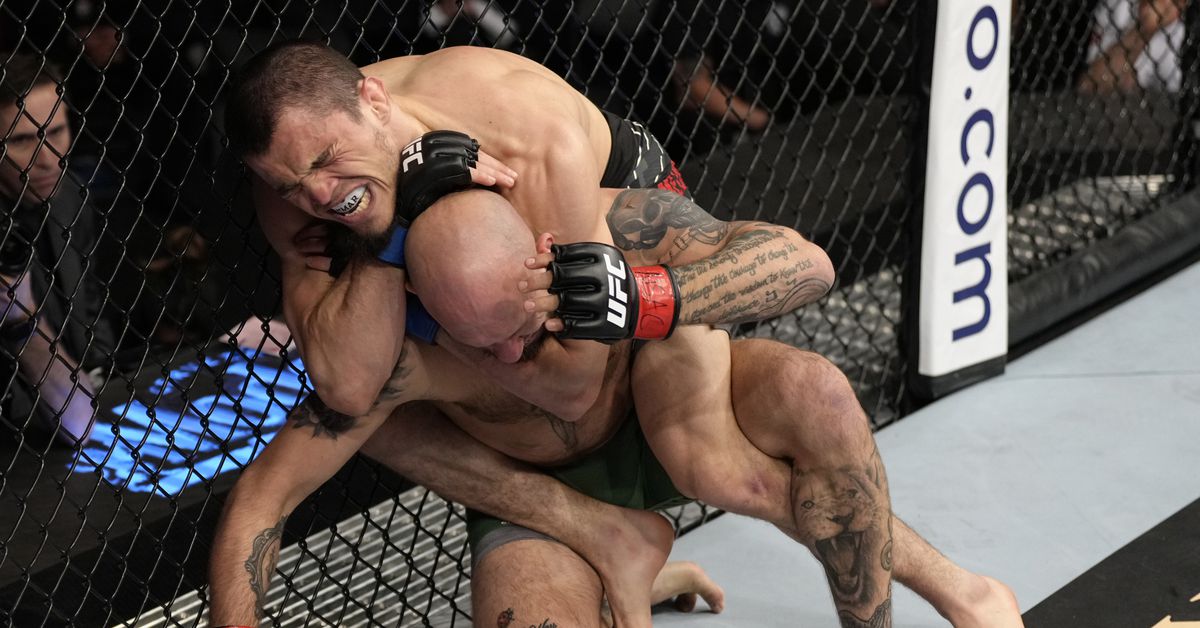 Umar Nurmagomedov made his cousin Khabib Nurmagomedov proud and extended his winning streak with a first-round submission of Brian Kelleher at UFC 272.

True to his family roots, Nurmagomedov’s grappling set up the quick finish when he took the veteran’s back and secured a rear-naked choke at 3:15 of the opening frame.

Check out the end below.

Where have we heard that before? #UFC272 pic.twitter.com/ZLg4mEAGSh

Fighting 10 pounds heavier than his usual bantamweight frame, Nurmagomedov showed no evidence of slowing down, catching Kelleher with a lightning-fast question-mark kick in the initial striking exchanges. Kelleher struggled to find his range as Nurmagomedov countered, though he was able to resist one takedown attempt with a nice scramble. The victory was only a brief ray of light, however, as Nurmagomedov again swarmed and then sunk hooks before surprising his opponent with the choke.

Nurmagomedov is now 14-0 and has won two straight in the octagon while Kelleher goes back to the drawing board after back-to-back wins.