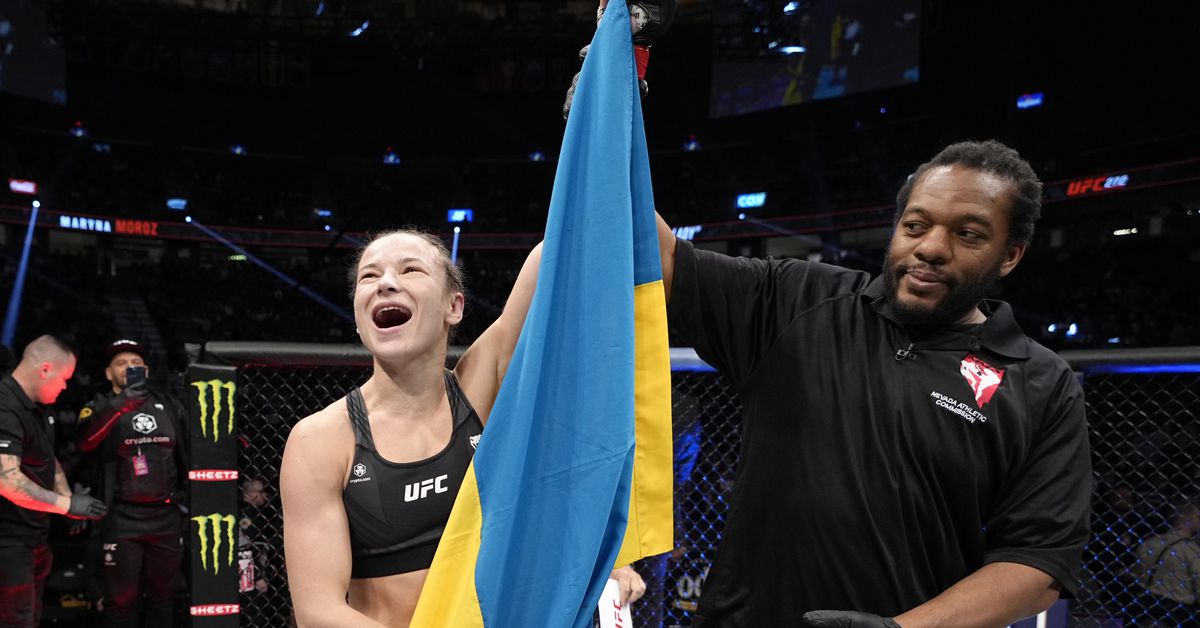 Ukrainian fighter Maryna Moroz had a lot more on her mind that a fight on Saturday night at UFC 272 but she still pulled off a dominant victory over former teammate Mariya Agapova.

It was a grappling showcase from Moroz, who nearly wrapped up a submission in the opening round before putting Agapova on the canvas and locking up a head and arm choke to finish the fight with the end coming at 3:27 in the second round.

Moroz, who was addressing the Ukrainian conflict that began after a Russian incursion more than one week ago, was moved to tears.

“If you know, my country has a war right now and my family [is] in the Ukraine,” Moroz said. It was a difficult week. I’m worrying, I’m crying because my family are in a bad situation.

“Thank you to everyone messaging me, supporting me because this week was hard for me. I want to cry because of this war in my country. Thank you .”

The Iron Lady Maryna Moroz is it –

Despite it being difficult to make fight night when everything is happening at home Moroz gave her best performance to date and faced a challenge from Agapova, who had previously trained with them at American Top Team in Florida.

From the opening exchange, Moroz was looking to negate Agapova’s striking and put her on the ground, which is where the majority of the first round took place. Moroz kept threatening Agapova with a rear-naked choke, but Agapova managed to resist and eventually slipped free.

Moroz almost got an armbar, but Agapova managed to get to the end.

It was short-lived as Agapova fell again at the beginning of round 2. However, she quickly advanced and secured her position in order to grab the arm and hear choke. Agapova grinned as Moroz applied pressure to the neck and tapped out to end the fight.

It had been nearly two years since Moroz last competed but she certainly made the most of her opportunity on Saturday night as she secured her third win in a row while also walking away victorious during a very emotionally taxing situation.