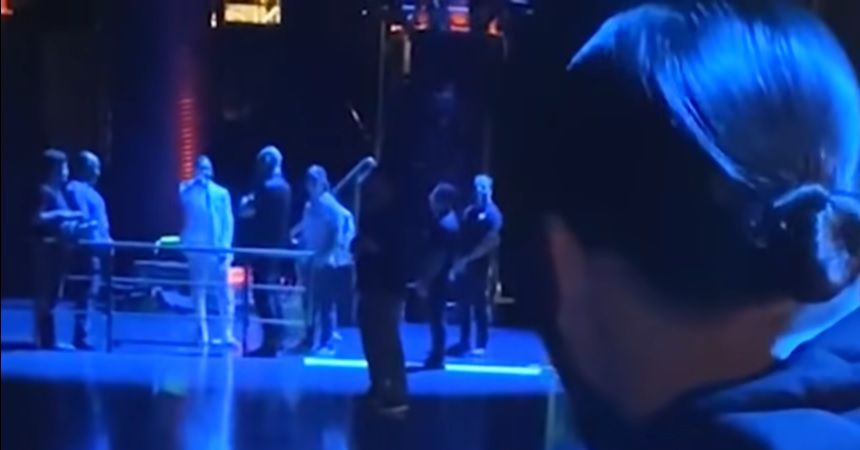 Jorge Masvidal and Colby Covington are stoking the fires of their rivalry even when cameras aren’t rolling.

The UFC 272 headliners spotted one another backstage before they had to face off at a press conference Thursday at T-Mobile Arena in Las Vegas and proceeded to eye each other from across the way. Masvidal posted video to YouTube, where he was seen staring down at Covington and laughing at his opponent. He also motions towards his knee multiple times, implying that Covington could be the next recipient of his infamous flying knee.

The animosity between Masvidal and Covington has been on full display for years as the former American Top Team teammates and close friends have publicly turned on each other as both fighters have risen to stardom. Neither pulled their verbal punches during a heated press conference in which they repeatedly attempted to talk over one another.

The faceoff itself was mostly uneventful outside of Masvidal flicking a kick at Covington. The UFC 272 main show will give the welterweight contestants the opportunity to be fully physical on Saturday.