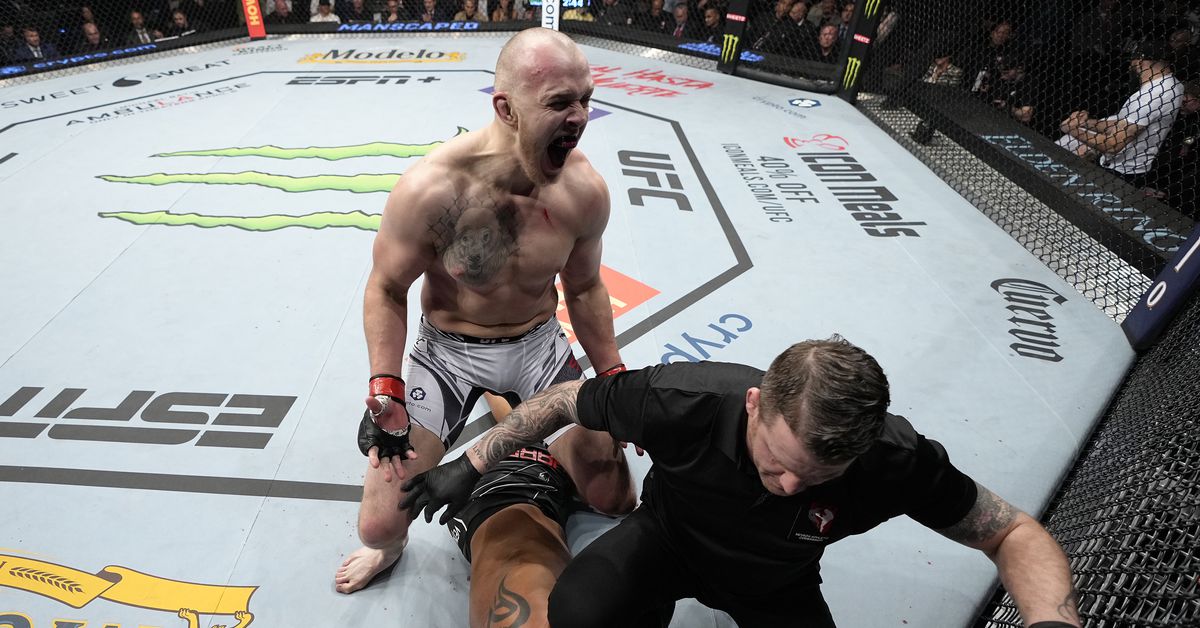 The game plan from Spivak was evident after he immediately put Hardy on the ground and started to look for submissions as well as ground and pound from the top. Spivak quickly established his control by moving into Hardy’s mount. He then began to hurl a torrent of punches at Hardy, forcing Marc Goddard, the referee, to end the contest.

“I feel amazing,” Spivak said following the win. Greg Hardy is a formidable opponent. He has knockout power, but I am ready to face him. This fight took six months of preparation. First round, I needed to move and I wanted to catch him in a mistake.

“Everytime I say that I do not choose my opponents, it is because I believe in them. The UFC offers me the opportunity to fight .”

Following a brief exchange on the feet to start the fight, Spivak got inside, grabbed onto Hardy and connected with a well timed throw to bring the fight crashing down to the canvas. Spivak was looking for a head and arm choke but Hardy was able to resist before escaping back to his feet.

It was temporary success for Hardy as he could never breakaway from Spivak, who kept hold of the body lock before tossing him back down to the ground yet again and again.

Finally after controlling Hardy’s body with his takedown, Spivak shredded through the former NFL player’s defense to move into the mount where he just started dropping a brutal series of punches. It was clear Hardy had no chance to escape with the shots just eating him alive, which then led to the stoppage victory for Spivak.

The win moves Spivak to 4-1 in his last five fights while Hardy drops his third in a row with all of his losses coming by knockout or TKO.