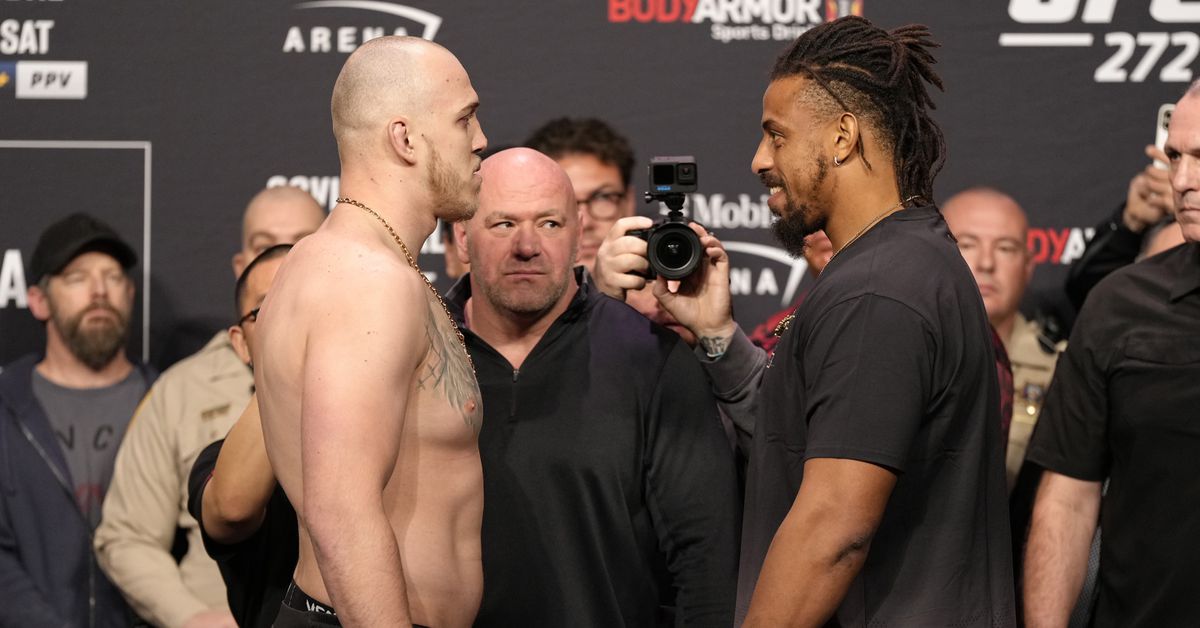 This is the UFC 272 live blog for Sergey Spivak vs. Greg Hardy, the main card opener for UFC 272 at the T-Mobile Arena in Las Vegas on Saturday night.

The 27-year old Spivak is 4-3 in the UFC and one of the group of young prospects in the heavyweight division. He last fight was a first-round TKO defeat to fellow rising contender Tom Aspinall this past September. He is trying to get back the momentum that he gained during his three-fight winning streak.

Hardy is one of the more controversial figures currently competing in the UFC. Hardy, a former All-Pro defensive player in the NFL who switched to MMA when he had off-the-field issues that ended his football career. Since joining the UFC in 2019, Hardy has amassed a record of 4-4, with one No Contest. He lost his most recent fight to Tai Tuivasa in the first round by KO.