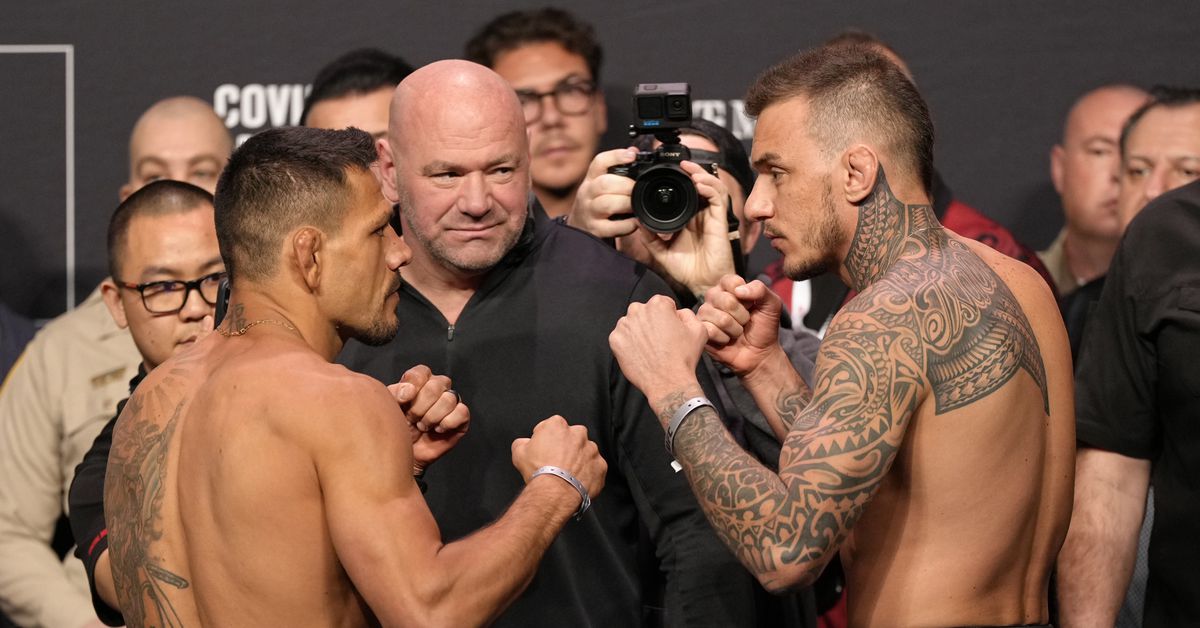 This is the UFC 272 live blog for Rafael dos Anjos vs. Renato Moicano, the co-main event for UFC 272 at the T-Mobile Arena in Las Vegas on Saturday night.

Dos anjos will be a UFC Hall of Famer. The 37-year old Brazilian is a former lightweight champion who, after losing the title, moved up to welterweight to pursue a second belt. He came up short and then returned to lightweight last year. After a split victory over Paul Felder, he was able to reclaim the title.

Moicano wasn’t supposed to compete this weekend. Fresh off a victory over Alexander Hernandez in February, Moicano answered the short-notice call when dos Anjos’ scheduled opponent Rafael Fiziev was forced out of the bout on fight week. Moicano now wants to seize this chance and climb up the lightweight ranks.