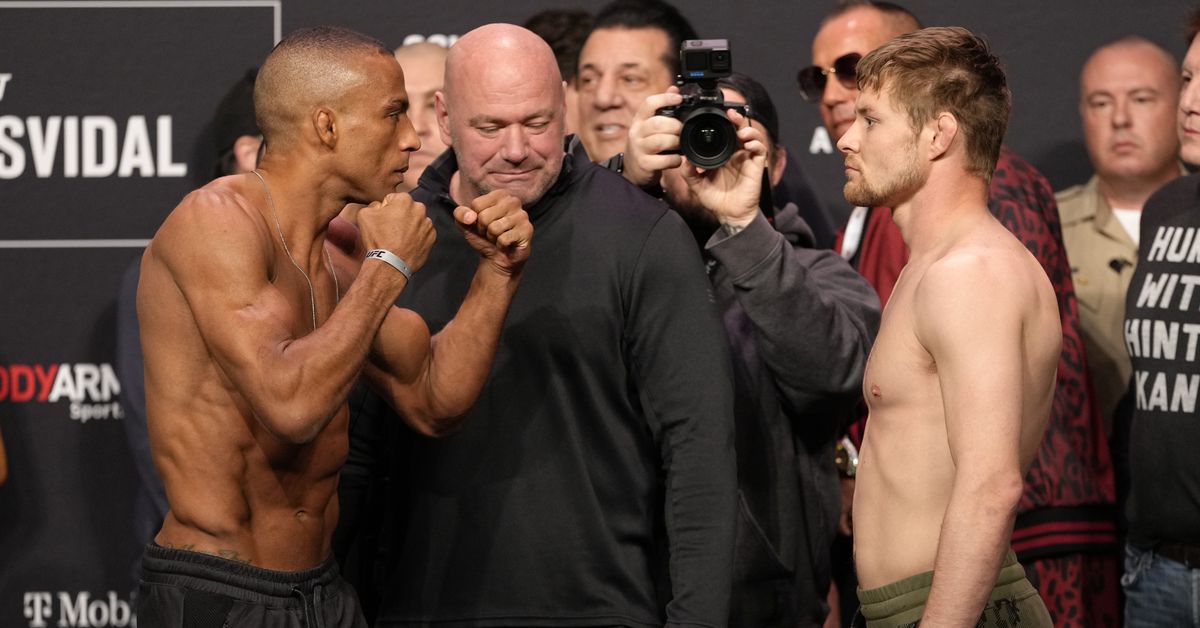 This is the UFC 272 live blog for Edson Barboza vs. Bryce Mitchell, the feature featherweight bout for UFC 272 at the T-Mobile Arena in Las Vegas on Saturday night.

Barboza, a veteran in featherweight fighting, is a respected figure. He has fought two different divisions. A long-time lightweight, Barboza dropped to the 145-pound division in 2020 where he quickly established himself as a top-15 contender. His most recent fight did not go his way though, with Barboza getting stopped by Giga Chikadze at UFC Vegas 35.

Mitchell has been a promising prospect in the featherweight category. Entering the UFC off The Ultimate Fighter 27 back in 2018, Mitchell remains perfect professionally with a 13-0 record, including 5 wins inside the UFC. Mitchell hopes to win the largest victory of his career against Barboza tonight.