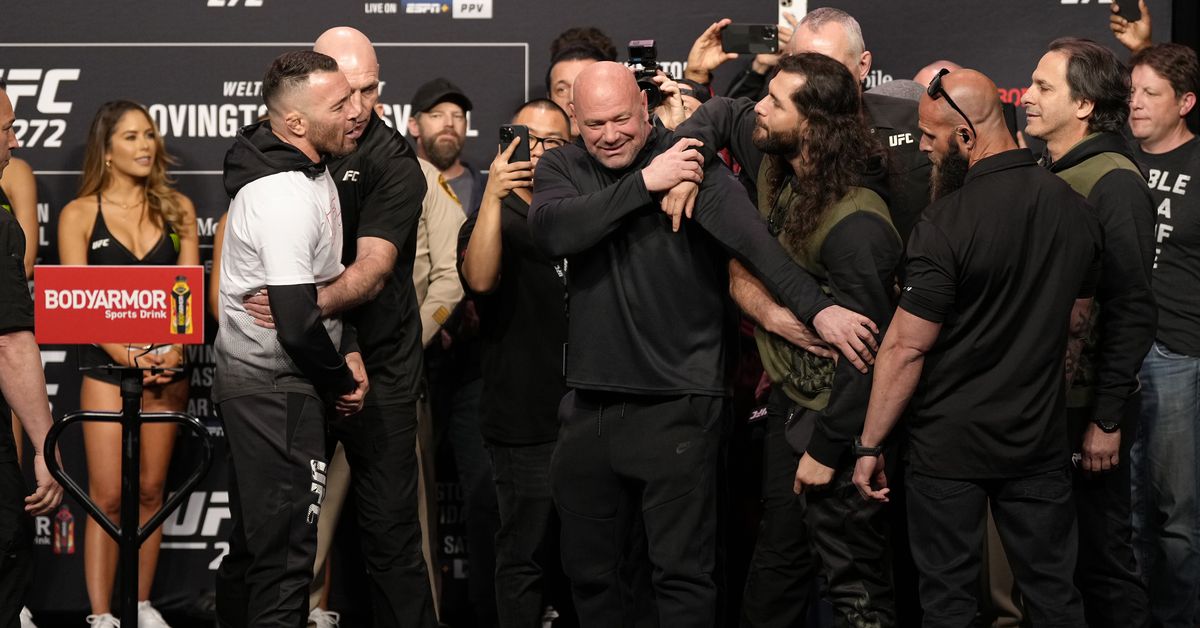 This is the UFC 272 live blog for Colby Covington vs. Jorge Masvidal, the welterweight main event for UFC 272 at the T-Mobile Arena in Las Vegas on Saturday night.

Covington is the former interim welterweight champion who has lost twice to welterweight champion Kamaru Usman, including a five-round decision loss back in November. Masvidal has also fallen short against Usman twice, being on the receiving end of the 2021 Knockout of the Year at UFC 261. Each man is desperate for a victory to remain relevant in the welterweight title picture.