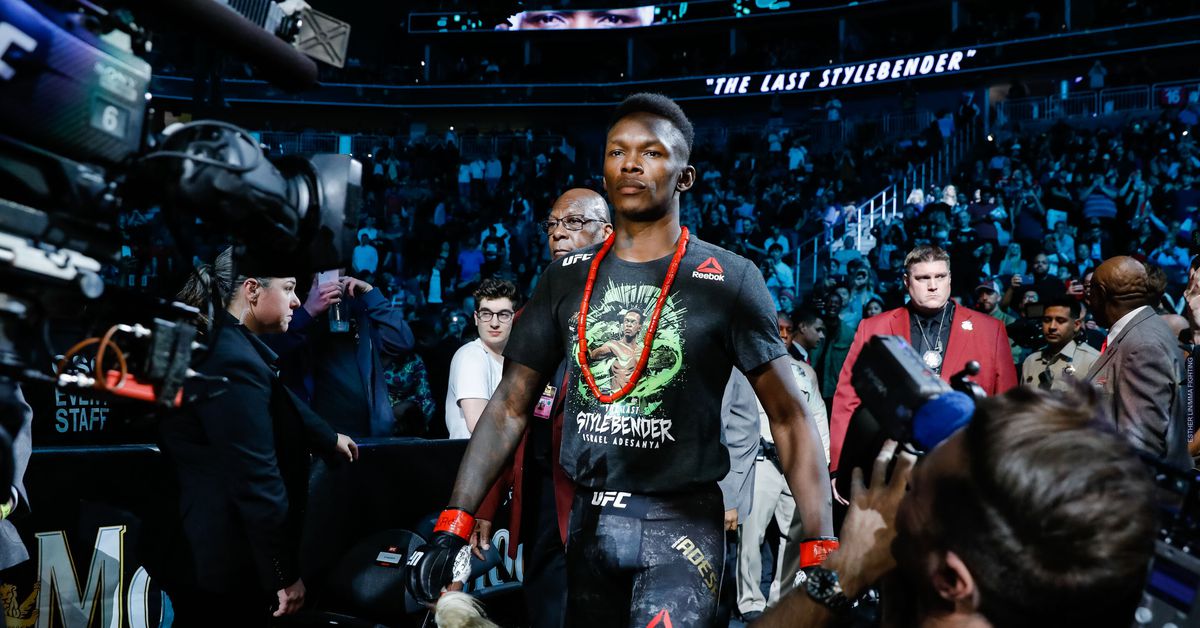 The UFC 271 Pay-Per-View has its main card line-up.

On Saturday’s UFC 270 broadcast, the promotion announced the five-fight lineup for its upcoming Feb. 12 pay-per-view, which will be headlined by a rematch between middleweight champion Israel Adesanya — No. 1 in MMA Fighting’s Global Rankings — and former champion Robert Whittaker (No. 2).

In the co-main, No. 4-ranked heavyweight Derrick Lewis competes in his hometown against No. 13 Tai Tuivasa

Adesanya goes for the third defense of his middleweight title. To become UFC ‘s undisputed champion, he defeated Whittaker in UFC October 2019.

Whittaker’s loss to Adesanya has been redeemed with three consecutive decision victories over Kelvin Gastelum and Cannonier.

Lewis just came off a knockout victory over Chris Daukaus, in December. This put him back on the winning side after he lost an interim title fight against Ciryl Gane at UFC 265.. On the other side, Tuivasa has emerged as a contender on the strength of four consecutive knockout victories.

See the UFC 271 updated lineup below :