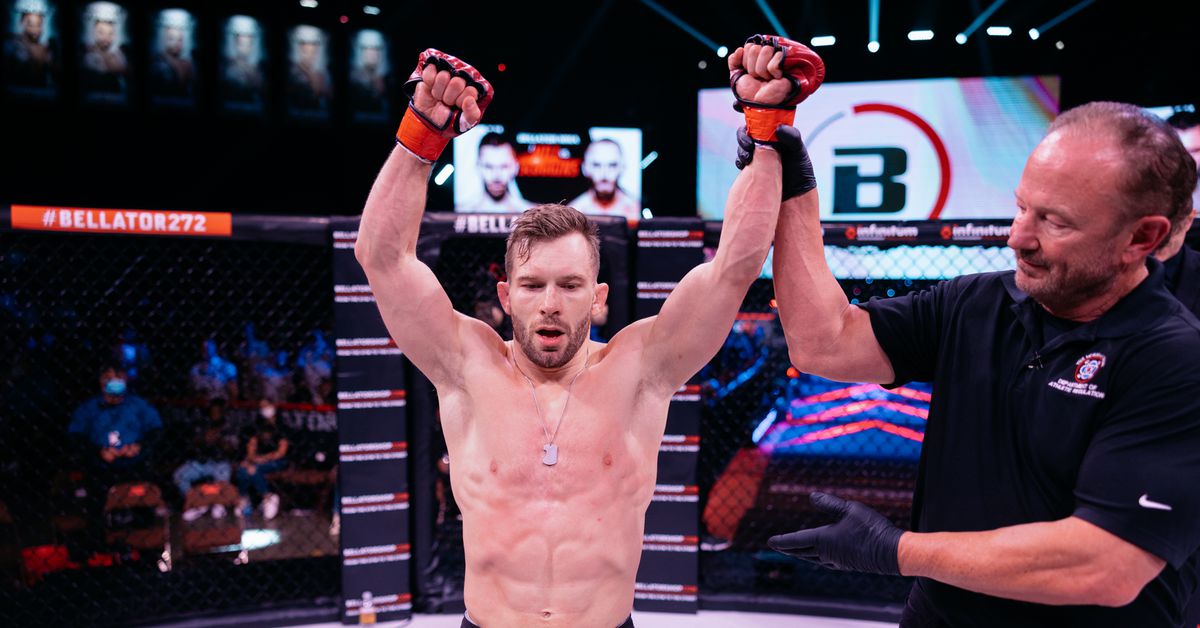 With a pair of glaring spots open for the upcoming Bellator bantamweight grand prix, four fighters will compete next month for the opportunity to fill them.

The qualifier bouts aim to replace James Gallagher and Sergio Pettis, both of whom were forced from the grand prix due to injuries.

The winner of Lugo vs. Sabatello’s bout will take on Leandro Higo, and the Hill vs. Barzola victor in Round One will be facing Magomed Magomedov.

Lugo (8-0) is 4-0 inside the Bellator cage, including a recent win over Brian Moore this past month at Bellator 275. Sabatello, who was unable to spoil the Bellator 259 promotional debut by former UFC competitor Brett Johns this May, will be making his second Bellator appearance.

Hill was a contestant in The Ultimate Fighter. bounced back after a loss to Raufeon Stets. He defeated Jared Scoggins by second round at the December Bellator 272. Barzola made his promotional debut in his first fight outside of the UFC in January where he defeated Darion Caldwell at Bellator 273.

Bellator 278 will be headlined by a flyweight title fight between Juliana Velasquez and Liz Carmouche.