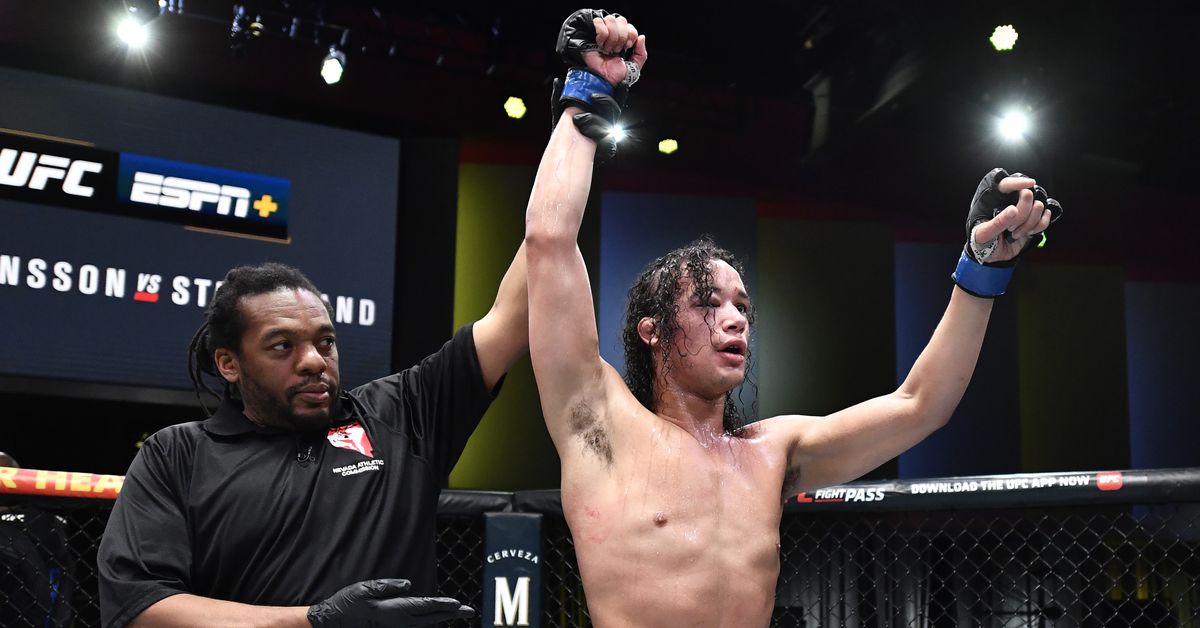 Bryan Battle will be fighting in the UFC’s Welterweight Division.

Multiple people with knowledge of the promotion’s plans confirmed to MMA Fighting that Battle will face Takashi Sato in his 170-pound debut at the UFC’s event on Aug. 6 at a location and venue yet to be announced.

Battle competed at 185-pounds throughout his amateur and professional career. The 27-year-old was the middleweight winner of Season 28 of The Ultimate Fighter and is 2-0 in the UFC — he earned a submission win over Gilbert Urbina this past August to win the TUF crown and a unanimous decision over fellow cast member Tresean Gore in February.

After dropping two of his most recent fights, and three of his previous four,

Sato wants to get his life back on track. “Ten” stopped Jason Witt in less than a minute at UFC on ESPN 12 in June 2020 before suffering losses to Miguel Baeza and, most recently at UFC London in March against the returning Gunnar Nelson.

The UFC’s Aug. 6 Event is headlined with a lightweight clash between Thiago and Jamahal Hills.

Guilherme Castro contributed to this report.