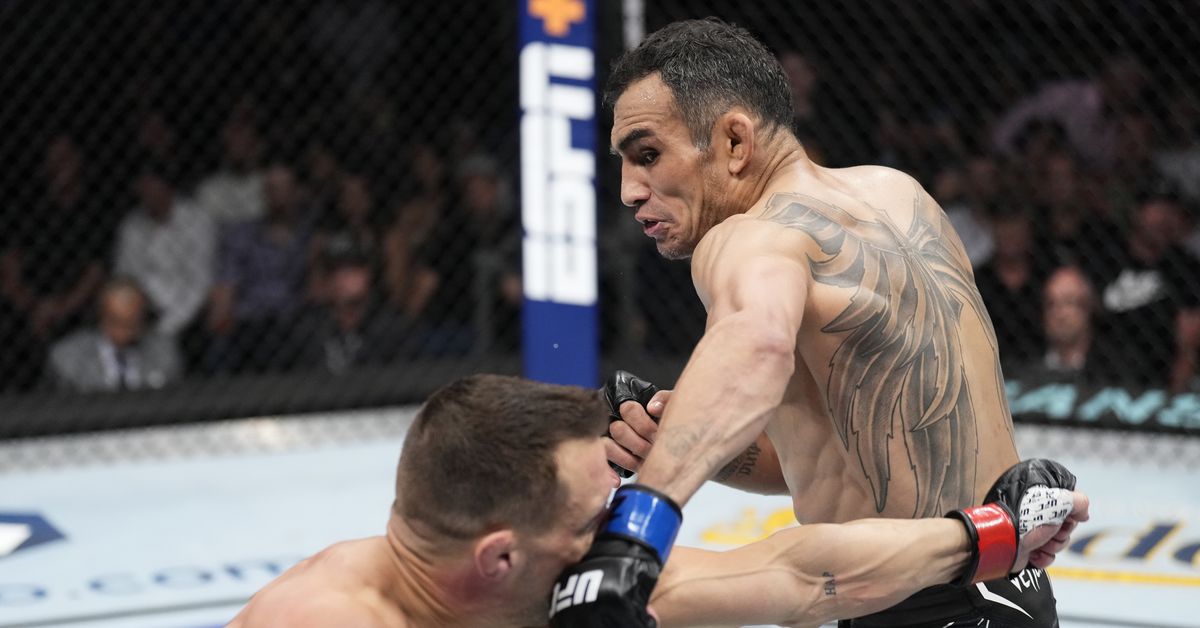 Tony Ferguson was on the receiving end of a scary knockout at UFC 274, but the former interim lightweight champion won’t be required to stay overnight at a hospital.

Officials announced at the evening’s post-fight press conference that Ferguson was released from the hospital and that his CT (computed tomography) scans were negative following Saturday’s event. CT scans are typically meant to detect any immediate brain damage, which was an obvious concern following Ferguson’s main card loss to Michael Chandler.

After a strong first round, Ferguson was struck by a front kick to the face 17 seconds into Round 2 that instantly sent him crashing face-down onto the canvas. He was eventually able to get up under his own power, but appeared to be disoriented as he was guided onto a stool. This was Ferguson’s second knockout and his first complete unconsciousness (his previous loss to strikes was to Justin Gaethje in UFC ).

It’s not known yet what injuries Ferguson, 38, might have sustained in the contest. It is also unknown what long-term effects the knockout loss could have had on Ferguson’s health.

This was Ferguson’s fourth straight loss.

Jose Youngs contributed to this story.