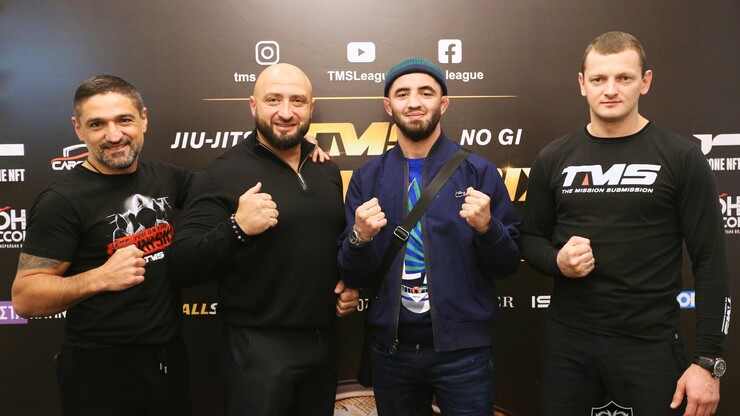 The battle for the title of absolute champion

On September 30, a press conference dedicated to the TMS GRAND PRIX Brazilian Jiu-Jitsu tournament took place in Kiev. On October 17 in Dnipro, 70 best wrestlers will fight for the championship in their weight categories, and then for the title of the absolute champion of TMS.

During the press conference, the draw of the tournament and the presentation of the championship belt took place. The fightcard has both top black belts in Brazilian Jiu-Jitsu and representatives of the blue belt division.

According to the sports director of the TMS League Valentin Didyk, this event is the most important in the rating race.

“According to the results of 2021, the strongest wrestlers were determined, the 1st and 2nd numbers of the rating got a chance to fight for the champion belt. Throughout the season, the TMS League competitors have been fighting for the right to participate in the Grand Prix and very soon we will find out who will win the title.”

Ludvik Sholinyan, a UFC fighter and participant in The Ultimate Fighter show, came to support the tournament participants.

“I myself come from freestyle wrestling and know firsthand about the art of Brazilian jiu-jitsu. When I started, there were no tournaments of this format yet. I know many guys who will perform at the Grand Prix and I am sure that it will be worthy competition.”