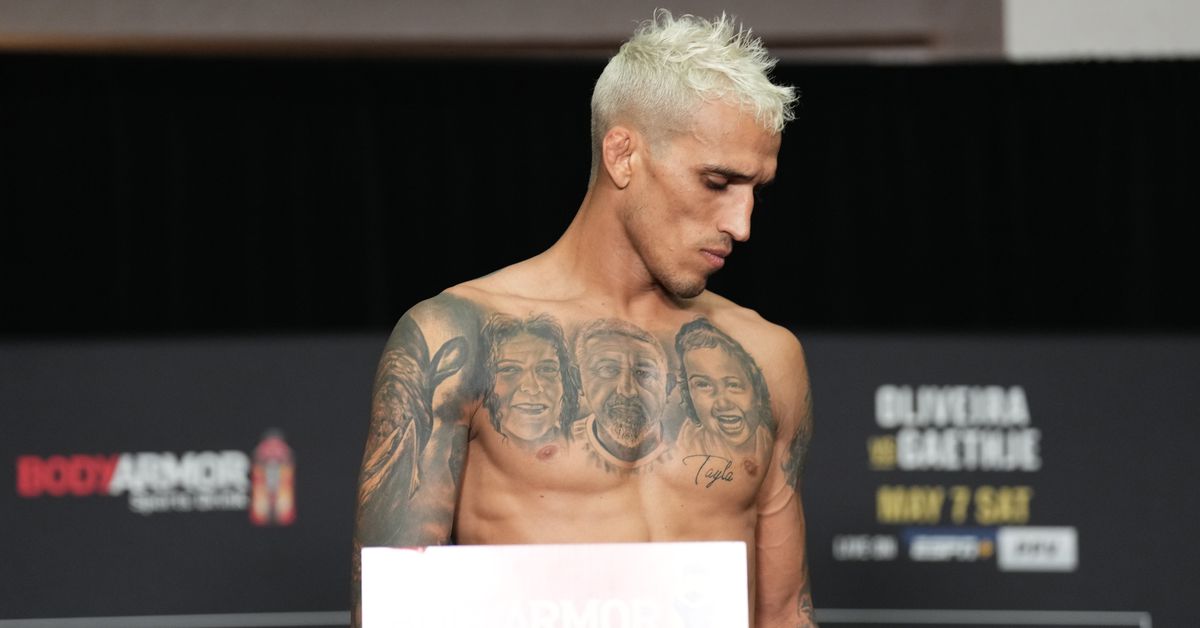 Charles Oliveira is no longer the UFC lightweight champion after losing the battle with the scale.

“Do Bronx” failed to make championship weight for his scheduled UFC 274 main event title defense against Justin Gaethje, coming in at 155.5 pounds on two separate attempts, half a pound over the limit. Shortly after his second attempt, it was announced that the lightweight title is vacated and only Gaethje is eligible to win it Saturday.

This is not the first time that Oliveira has had difficulty at the scale, though his previous misses came when he was competing as a featherweight. Oliveira — The No. 1 fighter at 155 pounds in MMA Fighting’s Global Rankings — has won 10 straight fights at lightweight, capturing the UFC title with a TKO win over Michael Chandler at UFC 262 and then successfully defending it against Dustin Poirier at UFC 269.

Poirier was one of several fighters who took to social media to comment on the situation, with some criticizing the now-former champion and others questioning whether there could have been a technical error.

I was thinking Charles wins but I don’t know now….crazy https://t.co/t9NG2M0Bor

Wonder if he still wants to fight at 145. I have nothing against the champ. But this is a disgrace. And I honestly feel most for Justin. What an absolute let down for everyone in the division. #sadday

Anyway, keep your head up Charles and good luck tomorrow, we all know you’re champ for a reason. And I’m looking to fight the winner of this fight, either for vacant title or new LW champion

Congratulations to the dumb fuck that messed up the scale for weigh ins this am. Now we got a real problem.

Making weight is always hard. But thinking you’re on weight, then missing weight, just to have to go lose more weight after you’ve lost your initial sweat is a living nightmare both physically and mentally. #ufc274