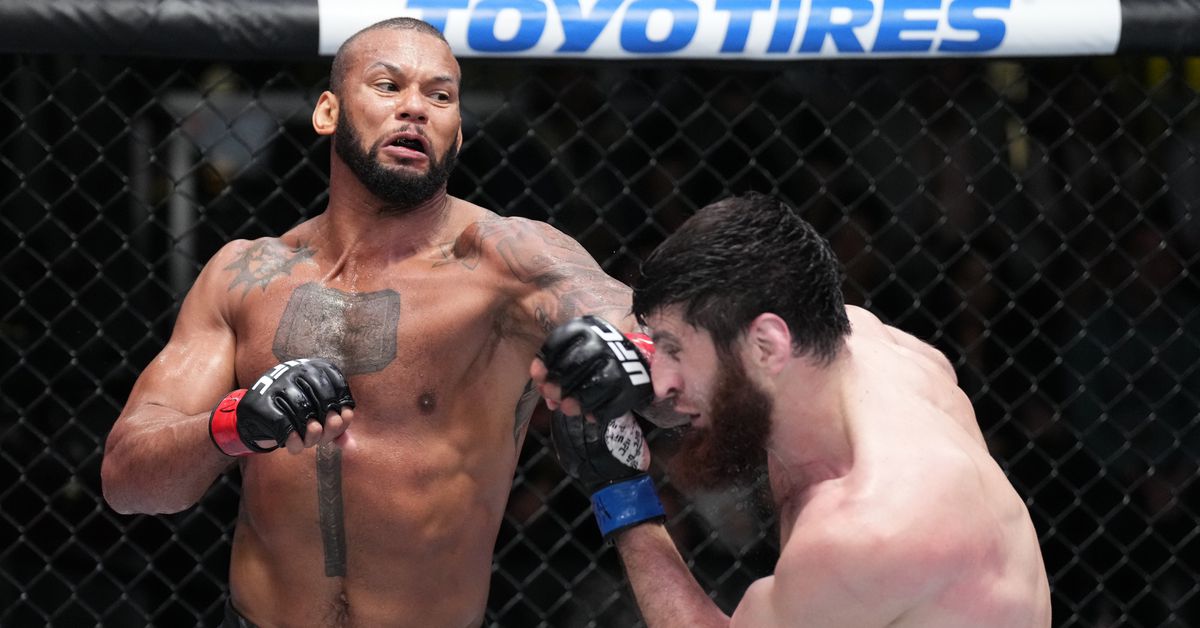 After falling to 1-4 in his past five fights, Thiago Santos offered no excuses when addressing his unanimous decision loss to Magomed Ankalaev in the UFC Vegas 50 main event.

The one-time light heavyweight title challenger has struggled to return to the form that had him one scorecard away from defeating Jon Jones back in 2019. Santos was largely confined against the cage, with Ankalaev following him around the octagon. Both fighters were hesitant to engage in the fight over five rounds.

” No words about yesterday,” Santos posted on Instagram. “No excuses, another hard and painful defeat.

“Still, my faith in God remains unshakable and my gratitude to him, my family, my friends, coaches and true fans only increases, thank you for everything.”

Santos was the star of the fight, dropping Ankalaev in round 2. He did so with a single punch but was unable to capitalize.

Those numbers are up only slightly from his previous fight where Santos landed just 44 significant strikes over five rounds in his unanimous decision win over Johnny Walker.

Santos was inactive this time, and he seemed to have been waiting for Ankalaev’s attack to stop him from trying to respond. Ankalaev admitted that he was expecting a more aggressive game plan from Santos as well, which is what ultimately resulted in the light heavyweights pawing at each other but not really unleashing blistering combinations round after round.

The loss will also put Santos at a deeper deficit when it comes to title contention after dropping three out of his last four fights since going to the split decision with Jones.