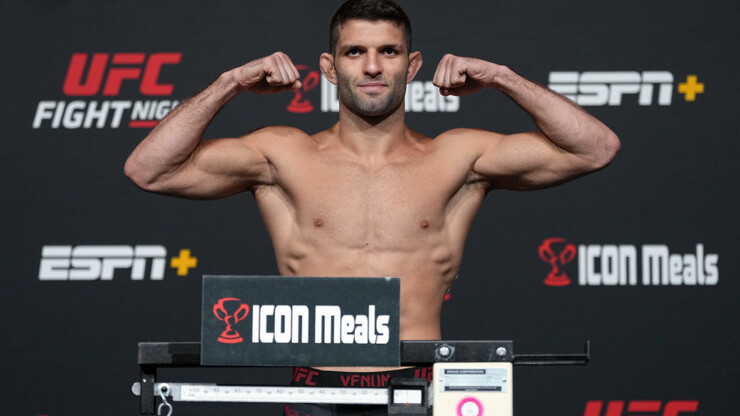 The fight will take place on June 26 in Las Vegas (Nevada, USA) at the UFC Apex and will be part of the main card of the UFC on ESPN 38 (or UFC Vegas 57) tournament. Estimated start of the battle – 06:00 Kyiv time. The fight will be broadcast live on Setanta Sports.

Moises nosebleed needs a win as he has lost his last two fights and a third straight loss could see him fired from the UFC. In July 2021, Moises, going on a series of three wins, was strangled in the 4th round of the main event of the UFC on ESPN 26 show by Islam Makhachev. In November, Moises lasted only three minutes against Joel Alvarez before being finished by strikes.

Giagos will return after a September first-round knockout loss to Arman Tsarukyan. So far, Giagos has won four out of five previous fights in the octagon.

Moises and Giagos, if we talk about them as strikers, are about equal with a slight advantage of the latter. But on the ground, Moises should noticeably succeed.

BJJ black belt holder Moises is very good on the ground, but Giagos has been stopped by submission four times in his career. Due to the better fighting on the ground, we prefer Moises in this pair, however, we do not think that he will be able to finish Giagos, given that at a high level the Brazilian mostly wins by decision. In addition, in the UFC, Giagos lost by submission only to top grapplers – Gilbert Burns and Charles Oliveira.