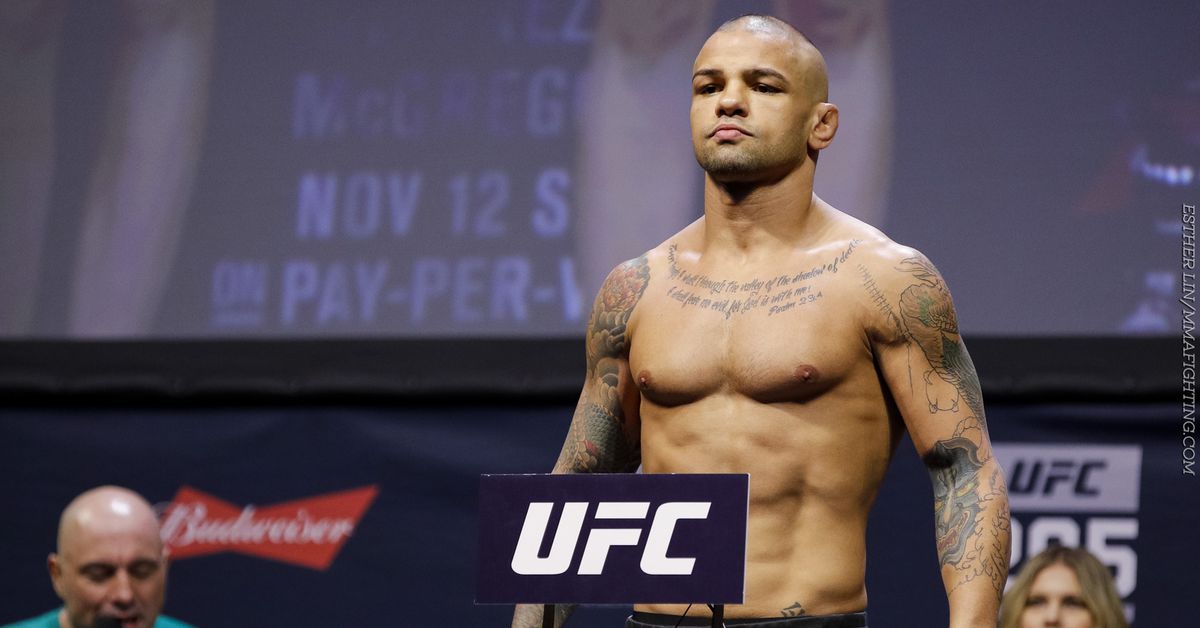 From the first day Colby Covington arrived at American Top Team to begin his transition from wrestling to mixed martial arts, Thiago Alves was there to help him as a friend and training partner.

The future UFC title contender was a mainstay at the Florida based gym for his entire career up until 2020 when he split with the team but his exit was preceded by a fiery rivalry being forged against several of his teammates. In his rise up the welterweight ranks, Covington targeted fellow American Top Team fighters such as Dustin Poirier, Joanna Jedrzejczyk, not to mention the entire country of Brazil as well as his UFC 272 opponent, Jorge Masvidal.

According to Alves, he never had any serious issues with Covington while he was part of the same team, although he didn’t agree with the methods he used to start getting attention in the UFC.

“Personally, I never had any problems with Colby,” Alves said on The Fighter vs. The Writer. “I knew that he was building that persona. He was very open about it whenever he would say something. When the Brazilian thing happened, he called Brazil trash and all that, he came to me and said ‘listen, that’s just me trying to make it happen.’ I’m like Colby, I don’t agree with everything you say, I think there is a better way to sell a fight but if that’s your strategy and it’s working for you, then I’m happy for you.

“I’m the type of guy that if you don’t burn bridges with me, you don’t treat me wrong, there’s no reason for me to treat you a different way. But I don’t agree with the strategy. I think there’s better ways for you to promote yourself, to promote your fight.”

In his own career, Alves never felt much need to take personal shots at his opponents but he also can’t fault anybody for seeking attention even if that’s never the way he would handle it.

“I know him and his manager, they’re huge pro wrestling fans,” Alves said. “So there’s a lot acting in wrestling and he tried to bring that into real fighting, which is in UFC. Some people love it. Some people hate it but it works for him cause look at where he’s at right now.”

As far as Covington’s behavior in the gym, Alves admits he couldn’t have been a better teammate to people who asked for his help and by extension ended up helping him as well.

That said, Covington’s brash behavior in interviews and over social media eventually started bleeding into the gym and that created division with many of his teammates.

“It is unfortunate that he decided to run with this persona. It was unfortunate that created so much heat on him but at the same time, it brought him a lot of eyeballs. You’ve got to take that as it comes. I don’t like it but it worked for him.”

Before they became rivals on a collision course for the UFC 272 main event, Alves says Covington and Masvidal could not have been any closer after training together for so many years.

That said, Alves believes the disintegration of that relationship started once they were both competing in the same weight class because then a showdown almost felt inevitable.

“He and Masvidal always trained together since he joined ATT,” Alves said. “Colby helped Masvidal’s wrestling improve and Masvidal helped Colby’s standup improve as well. The training used to be very competitive between the two of them. It’s unfortunate that at first Masvidal was a lightweight and Colby was always a welterweight and then when Masvidal moved to the welterweight division, at one point we knew they were going to face each other.

Jon Anik on Colby Covington vs. Jorge Masvidal: ‘Whoever loses is probably never gonna fight for the belt again’

Of course, Covington hasn’t been a part of American Top Team for over a year, which means Alves’ loyalty lies solely with Masvidal as they prepare to meet on Saturday night in Las Vegas.

Alves is ultra-confident that Masvidal has done everything possible to win, especially knowing how much this fight means to him and the team.

“Jorge is a warrior,” Alves said. “He’s a hard worker. He comes in, gets his work done. He stays an extra hour just to make sure he gets everything he needs to get. I’m excited. It’s going to be a hell of a fight.

“We all know they don’t like each other so that’s going to be extra sauce, to make sure those guys are going to fight really hard that night. Make no mistake, Jorge is ready. He’s ready like he’s never been for a fight and there is an extra meanness to this fight because they honestly do not like each other. I’m excited.”