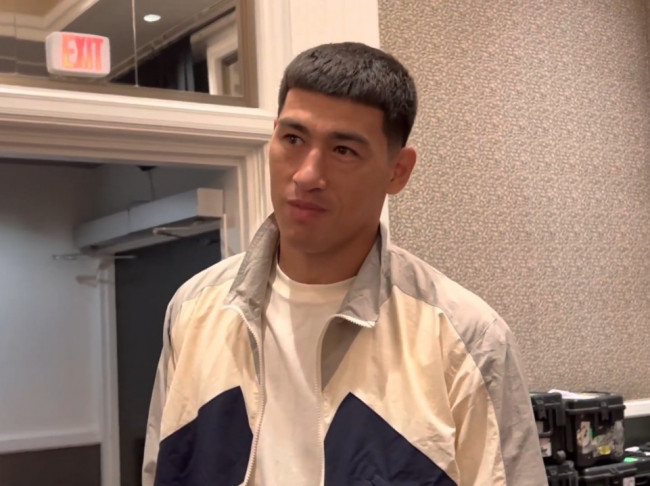 In a conversation with a journalist, Dmitry expressed his opinion about the call of the former heavyweight hegemon, Ukrainian Vladimir Klitschko, to cancel the Canelo-Bivol duel in connection with Russia’s unprovoked military aggression against Ukraine. Also in the interview, Bivol commented on the words of boxing legend Bernard Hopkins.

— I want to know about the processes leading up to your duel. What was it like for you, because at one point there seemed to be a lot of hurdles in getting this fight sanctioned. What was your mental state when the fight was announced?

“I knew for two years that this fight would take place. I believed that it would take place. Everything was great with me. I was patient and waited for the duel. When Vadim Kornilov called me and said that everything is fine, that we will fight against Canelo, my reaction was: “OK, then the time has come.”

Joel Diaz told me there was a point where you weren’t sure the fight was going to happen because of the whole Russia thing and stuff like that. Was there a moment when you thought that the fight might not take place? How was it for you to sit and wait for a decision?

– No, I was just focused – I will fight, and I believed in it. There was no problem with the cancellation of this fight.

– You were not disappointed that, for example, Wladimir Klitschko did not want your fight. He didn’t want it to be sanctioned.

– Yes I know. I supported him throughout his career because I loved watching his fights. When he said that… It’s just his opinion. He should know that politics and sports are different. We came to another country, we fight each other, we support each other and it doesn’t matter what country the boxer is from. We just like his style or skills and we want to see him fight in the ring. But now Klitschko is not an athlete, he is a politician. He forgets that he was an athlete. This is not a problem for me. The fight will take place. Politics and sports are different.

Canelo is known as the Belt Thief. A lot of people are leaning towards him taking your title. Would you like to respond to those who doubt your abilities?

– Boxing fans, Canelo fans, of course, believe in him: “He moved up to other weights and beat everyone.” But it doesn’t matter to me what he did against the other guys. It only means that I will again defend the belt against a good boxer, one of the best in the opinion of people. But he is human, he has faults, he has good and bad sides. He’s just another boxer for me. But of course I respect him.

– Can you give an answer to the words of Bernard Hopkins. He believes that Canelo will mash you into mashed potatoes. Do you want to answer this?

“It’s just his opinion. He can say what he wants. Doesn’t matter. Some people might say that about Canelo, but it doesn’t matter to me.

Canelo on how he’s different from other top world champions

— Thank you for your time. Do you want to say a few last words?

– Not [смеётся]. I’m just glad that this fight will take place. I hope those who watch this fight enjoy it. Thank you for your attention.

“This is also DAZN’s first PPV.